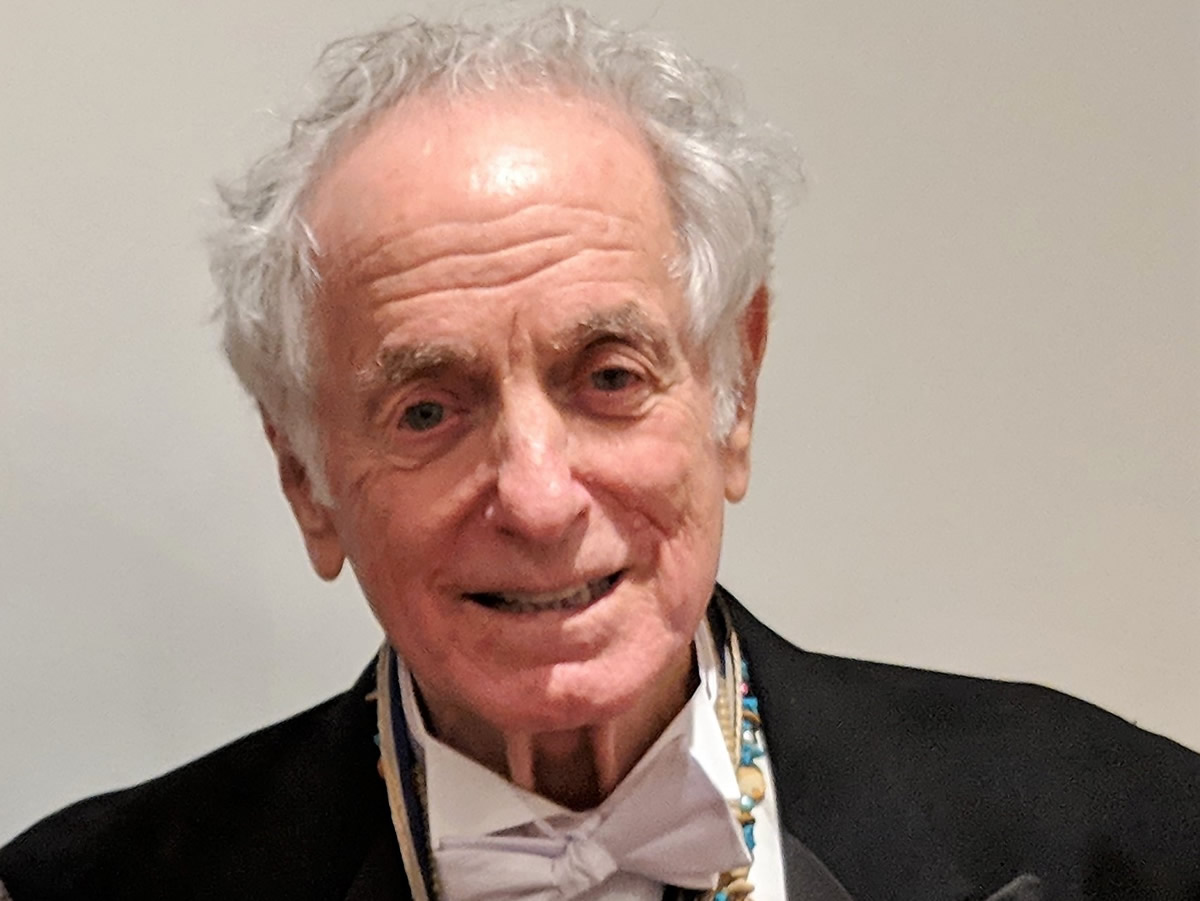 David Amram, Artist Emeritus of The Village Trip, began his professional life in 1951 as a French hornist in the National Symphony Orchestra in Washington DC. After serving in the US Army, he moved to New York City in 1955 and played French horn in the jazz bands of Charles Mingus, Dizzy Gillespie, Lionel Hampton, and Oscar Pettiford. In 1957, he created and performed in the first ever jazz + poetry readings in New York City with novelist Jack Kerouac, a close friend with whom he collaborated artistically for over 12 years. Since the early 1950s, David has traveled extensively, working as a musician and a conductor in over 35 countries and criss-crossing the United States and Canada.

His many film scores include those for Pull My Daisy (1959), Splendor in the Grass (1960) and The Manchurian Candidate (1962). He composed the scores for Joseph Papp’s Shakespeare in the Park from 1956 to 1967, and premiered his comic opera Twelfth Night with Papp’s libretto in 1968. From 1964 to 1966, he was the Composer and Music Director for the Lincoln Center Theatre and wrote the scores for Arthur Miller´s plays After the Fall (1964) and Incident at Vichy (1966).

Appointed by Leonard Bernstein as the first Composer in Residence for the New York Philharmonic in 1966, David is now one of the most performed and influential composers of our time. The New York Chamber Music Festival chose him as Composer in Residence for its 2016-17 season. His most popular recent symphonic compositions include This Land, Symphonic Variations on A Song By Woody Guthrie (2007), commissioned by the Guthrie Foundation; Three Songs, A Concerto for Piano and Orchestra (2009); Greenwich Village Portraits for Alto Saxophone and String Orchestra (2018); and Partners: A Double Concerto for Violin, Cello and Orchestra (2018)

In addition to eight honorary doctorates, David has earned several New York City honours, among them the Harold Clurman Spirit Award “for courageous contribution to the culture of New York City and beyond” (2014). In 2017, he was made a Lifetime Member of the Actors Studio, received the first annual Lifetime Achievement Award from Folk Music International, and a special award by Farm Aid for 30 years of annual musical collaborations with Willie Nelson and his band to help support America´s family farmers through music.

The subject of the prize-winning full-length feature documentary, David Amram: The First Eighty Years, he is the author of three memoirs. A fourth book, Amram@90: Notes from a Promising Young Composer, will be published in November of 2022, celebrating his 92nd birthday.