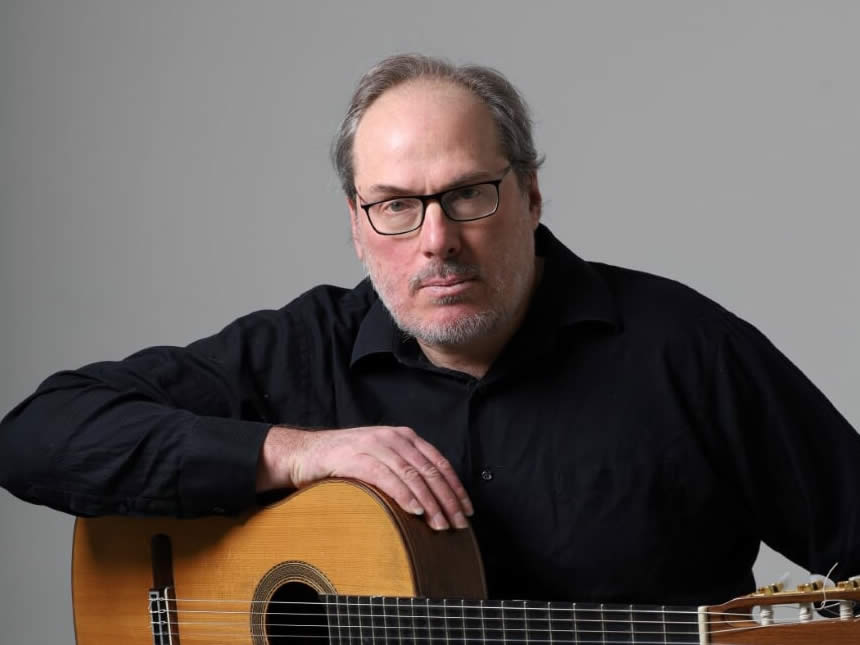 Guitarist and composer William Anderson began performing chamber music at Tanglewood at age 19. He now performs in guitar festivals and new music festivals in Europe, the US, Latin America and Japan. In New York, he plays regularly with many ensembles, including Cygnus, which he founded in 1985, and Sequitur. For ten years he was a member of the Theater Chamber Players in Washington DC, and has performed with the Metropolitan Opera Chamber Players, the Chamber Music Society of Lincoln Center, and Speculum Musicae. William appears on many recordings and has made four CDs: The Guitar Music of Meyer Kupferman, Diary of a Seducer, Hausmusik, and Music of J K Mertz. His compositions have been heard on Danish National Radio and Polish National Radio, and at festivals throughout the US and Europe. He teaches guitar at Sarah Lawrence College, and at Queens College. Since 2011, William has been Artistic Director of the Roger Shapiro Fund for New Music and its production arm, Marsyas Productions.

In 2022 he was appointed New Music Director for The Village Trip.