Sixty-five Joyous Years in the Village, from Kerouac, Mingus, Monk, and Jackson Pollock to the New Voices of Today: Walking Tour with David Amram 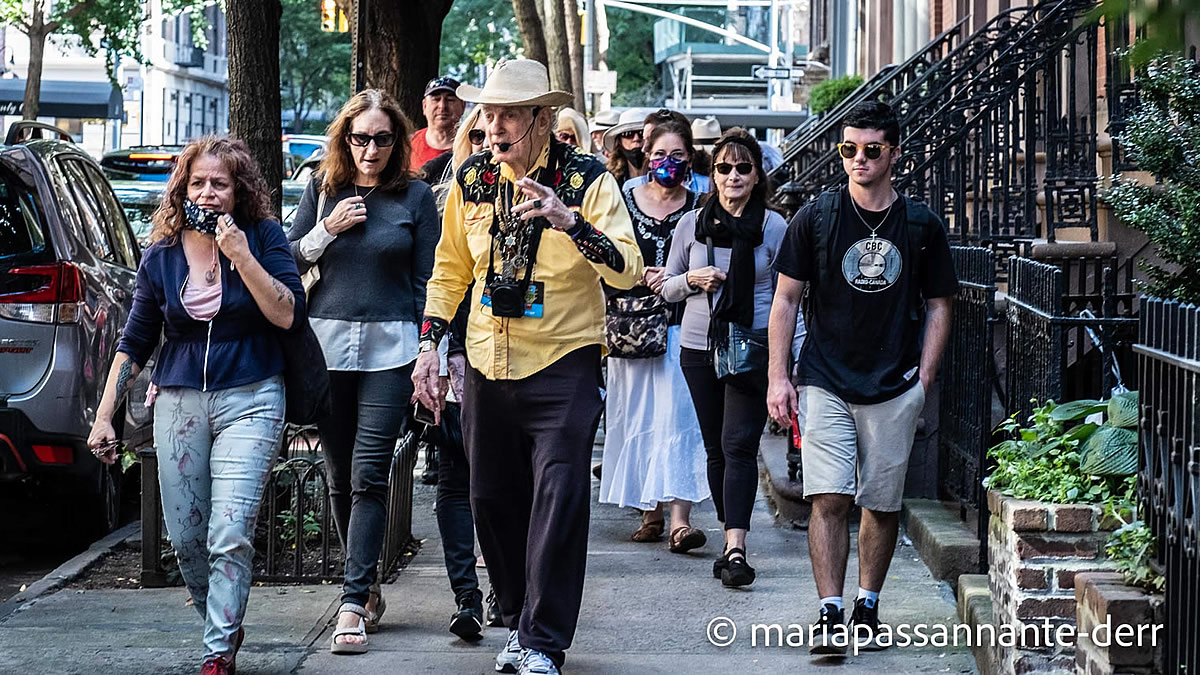 David Amram and Jack Kerouac brought jazz/poetry to New York City, playing at the Five Spot and the Circle in the Square. He has composed music for Joseph Papp, Leonard Bernstein and Arthur Miller. And he has traveled the world, the greatest of musical ambassadors. David’s alternate title for this unmissable ramble through time? “The Beatific Spirt of the Village: An oasis for lovers of Bach and Beethoven, Bartok and Bird, Bohemians, The Beatles and Brisket and Borsht.”

More about the photograph
John Cohen took this classic photo in 1959 in New York City at a diner on 4th Avenue during a break in the filming of Robert Frank's silent documentary film "Pull My Daisy" Jack Kerouac narrated the film spontaneously and David Amram wrote the score, co-wrote the title song, with lyrics by Kerouac, Neal Cassady and Allen Ginsberg, and appeared in the film as Mezz McGillicuddy, the deranged french hornist (at the request of Kerouac).