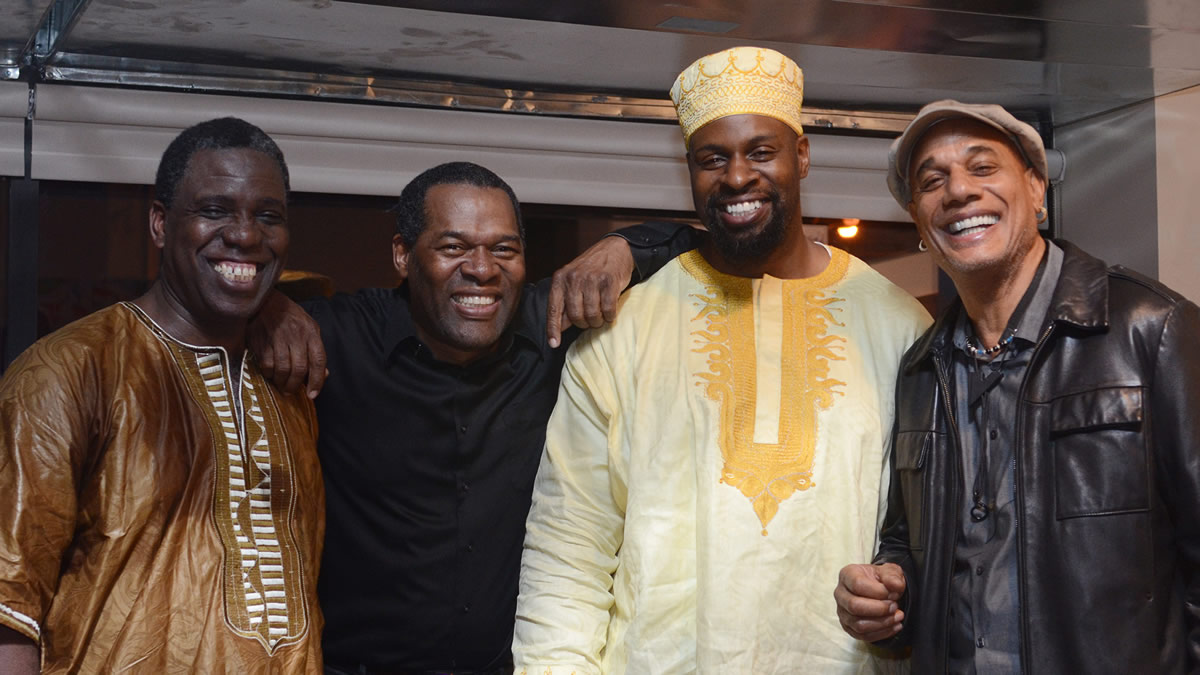 Greenwich Village, famed for its rebel poets and painters, was also a hotbed of revolutionary politics. Charlie Parker is revered for his creation, with Dizzy Gillespie and Thelonious Monk, of bebop. Composer Stefan Wolpe, a German-Jewish composer who had fled the Nazis, settled in Westbeth Artist Housing on West and Bethune streets. He taught and mentored a wide variety of avant-gardists and jazz musicians and was a friend of Parker. Like him, he kept his music radical.

Hilliard Greene and The Jazz Expressions, experts in bebop, will cover some Charlie Parker, as well as their original work.

Legendary composer and improviser David Amram was acquainted with all of the figures involved in this concert. He knew Wolpe, jammed with Parker, Dizzy, and Monk; and he knew the abstract expressionist painters. David, Artist Emeritus of The Village Trip, will speak about bebop. He will sit in with Hill and the Jazz Expressions and perform Parker’s Now’s the Time before going to Farm Aid and joining Willie Nelson.

The Momenta String Quartet will perform works by Wolpe and his student Matthew Greenbaum, along with a new work written especially for The Village Trip by Greenbaum’s protégé, Hannah Selin.

When Wolpe arrived in New York in 1938 he immersed himself in the art world as he had done in Berlin, and Weimar, where he was part of the Bauhaus scene and an active Dadaist. In the US, he joined with the abstract expressionist painters at the Eighth Street School, an important center of radical arts; there are definite traces of “action painting” in his work of the time. The same has been said of the bebop players --a kindred energy. In Wolpe’s work, artistic values from Berlin and the Bauhaus are transformed as he absorbed New York’s abstract expressionism and bebop. These influences are seen in the list of those he befriended in New York – Charlie Parker, Gil Evans, Miles Davis, John Carisi, Franz Klein, Willem and Elaine De Kooning, Mark Rothko, Jack Tworkov, Jackson Pollock.

The concert will feature work by Wolpe’s students Elie Yarden and Matthew Greenbaum, along with a new piece especially written for The Village Trip by Greenbaum’s student Hannah Selin.

Presented in partnership with the Stefan Wolpe Society

Legendary jazz musician Charlie Parker was born Charles Christopher Parker Jr. on August 29, 1920, in Kansas City, Kansas. The year 1945 proved to be a landmark one for Parker. For the first time, he became the leader of his own group while also performing with Dizzy Gillespie on the side. At the end of that year, the two musicians launched a six-week nightclub tour of Hollywood. Together they invented an entirely new style of jazz, commonly known as bop, or bebop. In 1949, Parker made his European debut at the Paris International Jazz Festival and went on to visit Scandinavia in 1950. Meanwhile, back home in New York, the Birdland Club was being named in his honor.

Born in Berlin in 1902, Stefan Wolpe was a German-Jewish-American composer. He was associated with interdisciplinary modernism, affiliations ranging from the Bauhaus, Berlin agitprop theater and the kibbutz movement to the Eighth Street Artists' Club, Black Mountain College, and the Darmstadt Summer Courses for New Music. He lived and worked in Berlin until 1933 when the Nazi seizure of power forced him to move first to Vienna and then to Jerusalem before settling in New York City in 1938. In works such as Battle Piece (1942/1947) and "In a State of Flight" in Enactments for Three Pianos (1953), Wolpe responded self-consciously to the circumstances of his uprooted life, a theme also explored in voluminous diaries, correspondence, and lectures. His densely eclectic music absorbed ideas and idioms from diverse artistic milieus, including post-tonality, bebop, and Arab classical musics. He died in New York City in 1972.

Elie Yarden, born in 1923, was a student of Irma and Stefan Wolpe, and Anna Burstein Bieler at the Settlement School in Philadelphia as a teenager. He was a music professor at the Hebrew University of Jerusalem, Tel Aviv University, Vassar College and, for many years, at Bard College where he brought Benjamin Boretz, Joan Tower and Roswell Rudd into the music department. Students influenced by his teaching and guidance include Elliott Sharp, Zeena Parkins, Adam Yauch, Chaya Czernowin, and Doug Henderson. His composition, Divertimento, conducted by Ralph Shapey, was released on CRI records. He lives in Cambridge, MA and is active in the Green-Rainbow Party.

Matthew Greenbaum studied composition with Stefan Wolpe and Mario Davidovsky. Greenbaum’s awards, fellowships and commissions include the Serge Koussevitzky Music Fund/Library of Congress, the Mary Flagler Cary Charitable Trust, the American Academy of Arts and Letters, Meet the Composer, the Fromm Foundation, the Guggenheim Foundation, the Martha Baird Rockefeller Fund and the New York Foundation for the Arts and the Penn Council on the Arts. Performances of his works include the Darmstadt Summer Festival, the Leningrad Spring Festival, the Jakarta Festival (Indonesia), Hallische Musiktage, Ensemble SurPlus (Freiburg), and Nuova Consonanza (Rome), Recordings are available from Antes, CRI and Furious Artisans; and an all-Greenbaum CD has been released on Centaur Records.