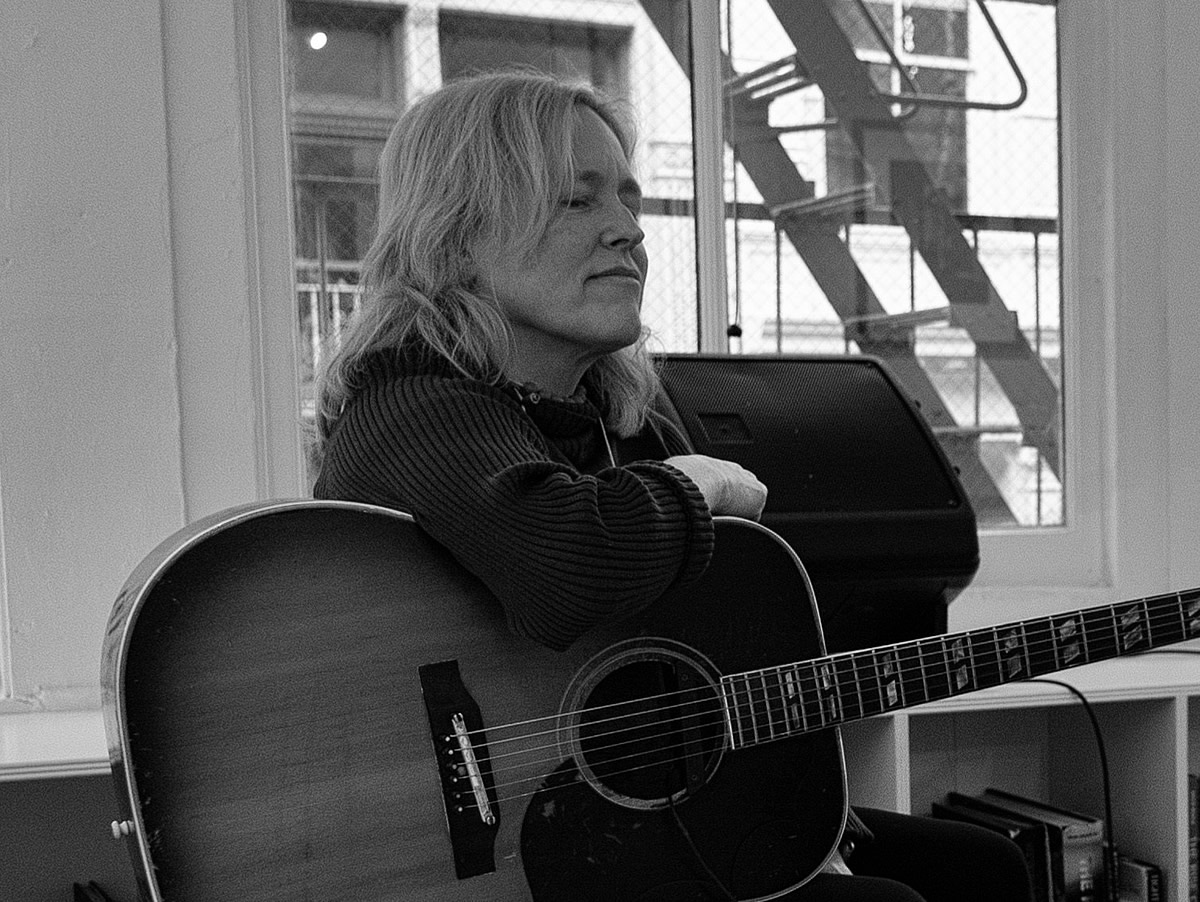 Michele Temple is a multi-faceted musician, touring internationally and recording as the bass player for Pere Ubu; subbing on guitar on and off Broadway in musical theater productions; playing guitar and bass with the hiphop production team the Jettsonz; and providing musical support for countless singers both live and on recordings.

She also produces and composes music at her project studio, Urban Iguana Productions, where she additionally records and engineers music for local artists.

Her Master’s thesis, The Middle Eastern Influence on Late Medieval Italian Dances: Origins of the 29987 Istampittas, was published by Edwin Mellon Press and then awarded the Jose Rollins de la Torre Buena Prize in Dance Literature for most original new book, 2002, from the Dance Perspective Foundation.

Michele has been lovingly performing the music of Joni Mitchell with Hannah Reimann since 2012 and looks forward to further exploration of this brilliant catalog.