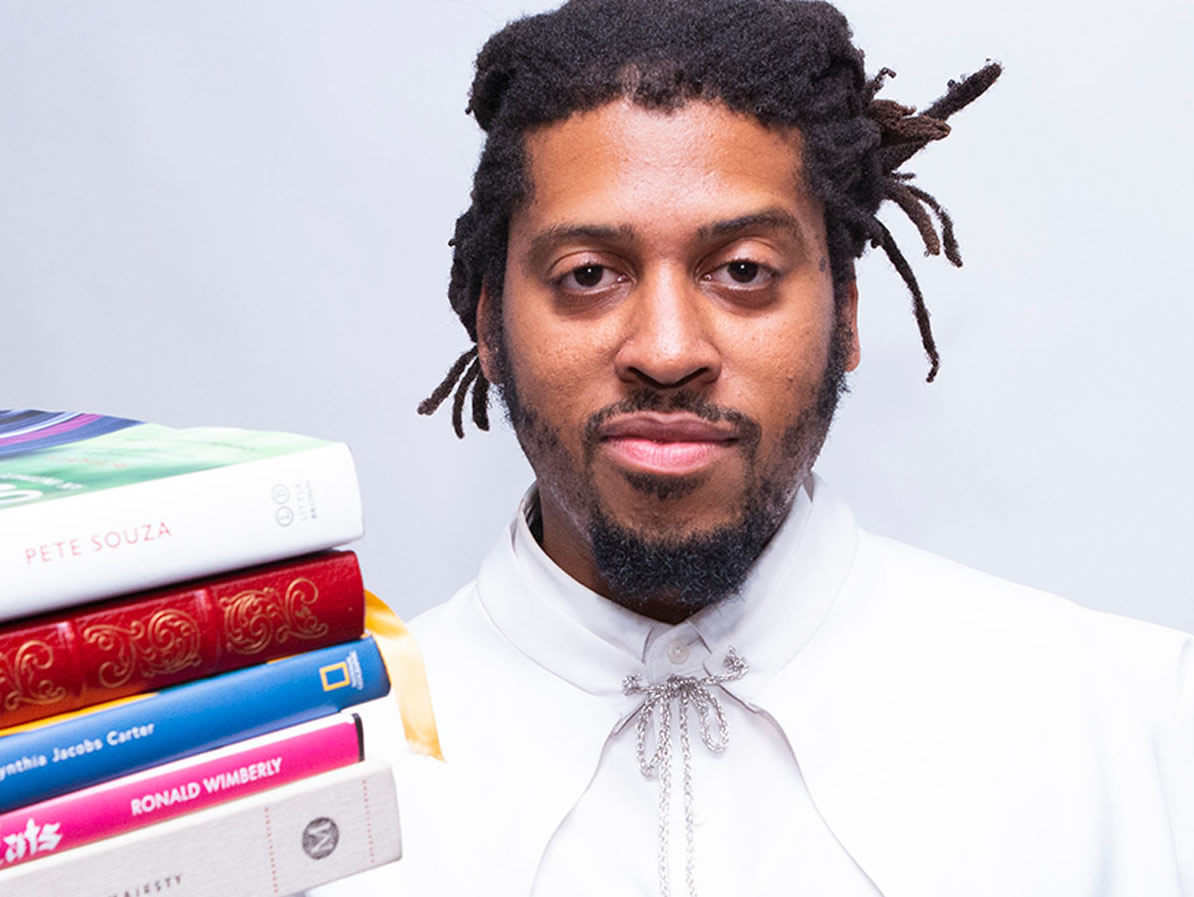 Kamau Ware is an award-winning visual artist and storyteller based in New York City. Kamau creates new narratives about the African Diaspora’s history through photography, films, exhibitions and events. He founded the Black Gotham Experience (BGX) in 2010 to illustrate the impact of the African Diaspora through art and walking tours that ask participants to embody historic figures through imagination and empathy. The Black Gotham Experience has been in residence in the Seaport District of Lower Manhattan since 2017, serving as a gallery, event space, and visitor’s center for walking tours. It is also where contemporary artifacts are being created that visualize the rise and fall of the Transatlantic Slave Trade as one global epic from the Black perspective that will populate a graphic novel and exhibition series.

Through his visual storytelling, Kamau has become a sought after voice, an artist / historian illustrating the erased presence of Black people in the collective consciousness and a creative that fuses aesthetics into shared experiences. Kamau has been commissioned to create original works by the Lower Manhattan Cultural Council, BRIC Media, the Mile Long Opera, and the first Black history walking tour of New York City Hall by the New York City Public Design Commission. Kamau has recently completed new works for Think Chinatown, Open House New York, and The Shed. Kamau has spoken at SXSW, Yale University, John Hopkins University, the Municipal Archive in Amsterdam, the Public Theater, the Apple flagship store, and has been featured in The Atlantic, The New York Times, Atlas Obscura, Hyperallergic, Curbed, ABC, and NBC.