Sing Out! The Village Trip Hootenanny 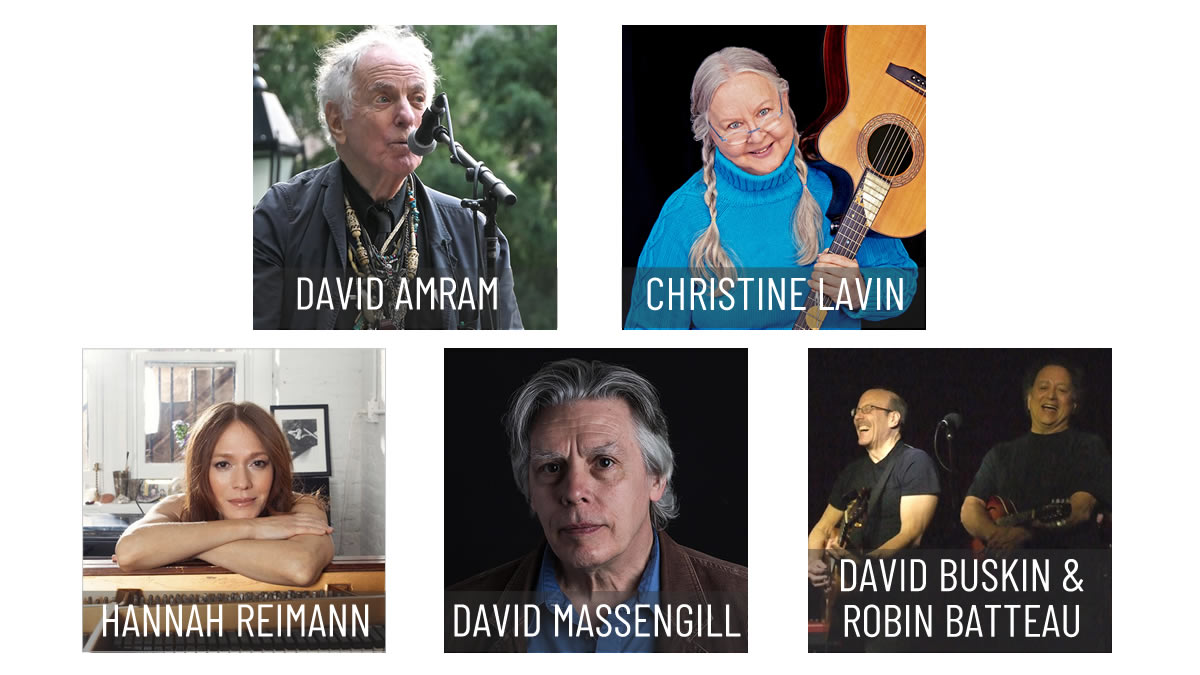 A glorious finale to The Village Trip – join Christine Lavin and friends, including David Buskin and Robin Batteau, for the now-traditional Village Trip hoot, a celebration of the New York folk revival and its rich and enduring heritage.

Greenwich Village has been the epicenter of so much of 20th century culture and counterculture, and it was ground zero of the New York folk revival which could be said to have begun on March 3, 1940, when Pete Seeger met Woody Guthrie at a benefit for the John Steinbeck Committee for Agricultural Workers. By the 1960s, it was well underway and on rickety stages in so many Village clubs and coffee houses the likes of Phil Ochs. Tom Paxton, Judy Collins, Eric Andersen, and Dave van Ronk, “the Mayor of MacDougal Street”, plied their trade. On Sundays, the fountain in Washington Square Park was a magnet for students and kids from out of town, among them a teenage Janis Ian.

Bob Dylan hitched his way east in January 1961, in search of Guthrie. He was soon scuffling for dimes in the clubs, probably making his debut at the Gaslight, and securing a residency at Gerdes Folk City. Robert Shelton’s New York Times review of “A bright new face in folk music” (September 29, 1961) launched Dylan’s career and the sounds of the folk revival found their echo far beyond the United States.

Christine Lavin, whose work has won numerous awards, was waiting tables at the legendary Caffé Lena in Saratoga where she was spotted by Dave Van Ronk, who persuaded her to move to New York City and pursue a career as a singer-songwriter. Her unique style – quirky, observational, humorous – quickly established her as a figure beloved by both audiences and her peers and she released her debut album in 1981. Join Christine and some of her many friends and musical collaborators for an uplifting evening of stories and songs.

With Sing Out! The Village Trip will once again celebrate a remarkable era in a fabled club on whose stage Dylan played and innumerable careers were launched.

And happy 60th birthday to the Bitter End!

Watch a trailer for Sing Out!