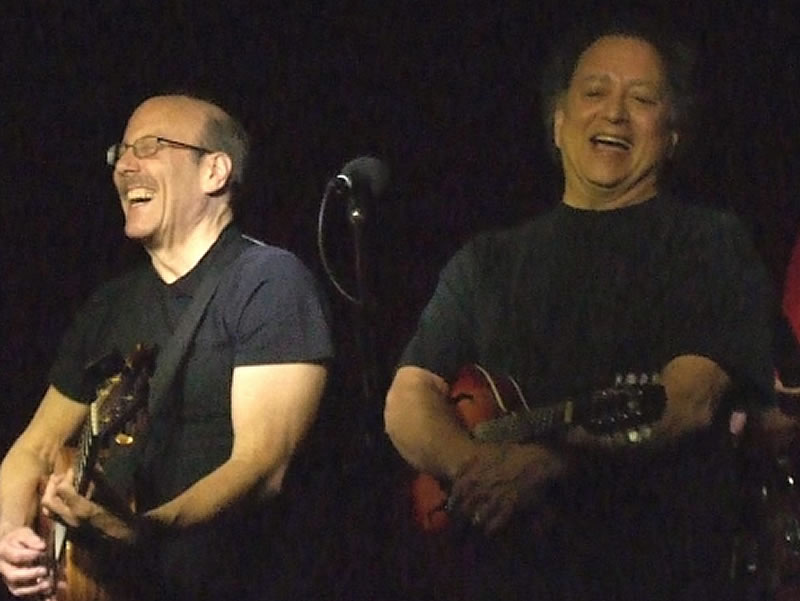 David Buskin and Robin Batteau have been performing their “irresistible amalgam of melodic, sensual pop, folkie grit and killer wit” (Washington Post) for more than forty years. Their songs have been recorded by many great artists, including Judy Collins, Ladysmith Black Mombazo, The Oak Ridge Boys, Peter, Paul & Mary, Johnny Mathis, Tom Rush, Bette Midler, Astrud Gilberto, Anne Murray, Dixie Carter and Roberta Flack. Their Clio Award-winning jingles have been recorded by “everybody famous with a mouth.” But they are at their best live, dishing out what Stephen Holden of the New York Times called their “by turns acerbic, funny and plaintive” music and commentary.

They are proud to have performed and produced benefits for and served on boards of numerous non-profits like Why/Hunger, Ocean Alliance, The Hole in the Wall Camp and Stand for the Troops.

“Their harmonies and wonderful presence onstage are as captivating as ever” – Ron Olesko, host of Traditions on WFDU-FM (NJ).

“They are something special. I think they levitated the audience. Terrific musicianship, memorable songs and just great-all-around entertainers” – Rich Warren, WFMT (Chicago).