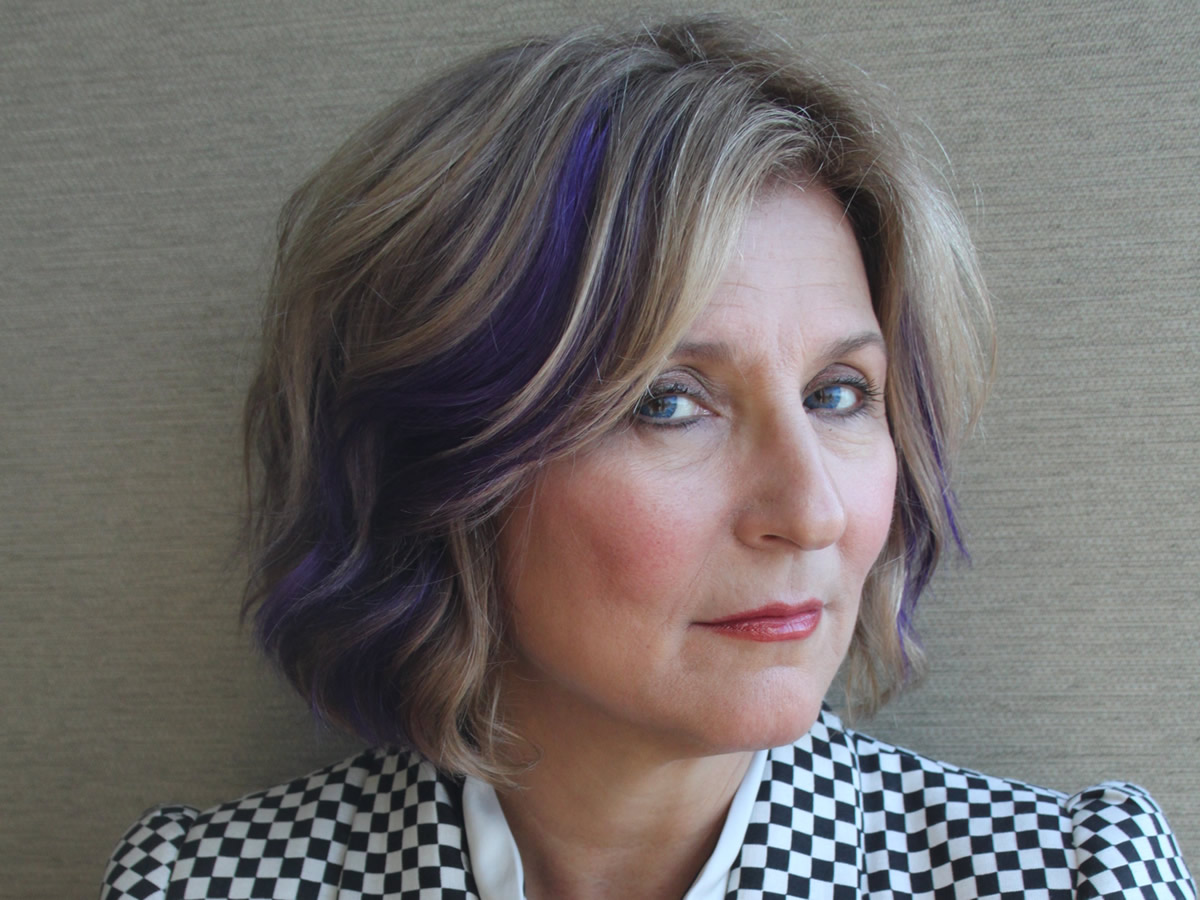 Over the past five decades, the voice of Janis Siegel, a nine-time Grammy winner and seventeen-time Grammy nominee, has been an undeniable force in The Manhattan Transfer’s diverse musical catalog. Alongside her career as a founding member of this musical institution, Siegel has also maintained a solo career that has spawned almost a dozen finely crafted solo albums and numerous collaborative projects, amassed a large international fan base, and garnered consistently high critical praise.

She launched her solo career in 1981 on Atlantic Records with the release of Experiment in White produced by John Dorn. Her follow-up solo effort, At Home, earned her a Grammy nomination in 1987 for Best Female Jazz Vocal.

Janis collaborated with pianist Fred Hersch on the 1989 outing Short Stories, which Jazz Times ranked “among the most graceful and thoroughly heart-breaking efforts of the modern era, thanks to her rich, emotive vocals.” That same year, the New York Music Awards named her Best Female Jazz Singer. She rejoined Hersch in the making of Slow Hot Wind in 1995, and The Tender Trap in 1999.

Over the years, Janis’s unmistakeable voice has been one of The Manhattan Transfer’s most recognisable trademarks. She sang lead on some their biggest hits, such as “Operator,” “Chanson d’Amour,” “Twilight Zone,” “Birdland,” “The Boy from NYC,” “Spice of Life,” “Ray’s Rockhouse,” “The Shaker Song,” and “Mystery,” and co-wrote and sang lead on the Grammy-winning “Sassy.” She also gained a reputation as a vocal arranger by writing five of the charts for the group’s acclaimed masterwork Vocalese, seven charts for the group’s Grammy-winning album Brasil and won a Grammy herself in 1980 for her arrangement of “Birdland.” In 1993, she and her Manhattan Transfer colleagues received their honorary doctorates from the Berklee School of Music, and in 1999 they were among the first class of inductees into the Vocal Group Hall of Fame.

These days you can find Janis in the place she loves most, the studio, producing various ventures for other artists and singing on a wide array of projects, touring with her trio, teaching at universities and high schools, and joining forces with NY Voices also Lauren Kinhan for a virtual music festival, Vocal Gumbo which was born of the pandemic.

Janis’s tenth solo CD, released with Palmetto Records, is called NightSongs and her four most recent solo collaborations are Honey & Air, a Brazilian/jazz vocal adventure with her group Requinte Trio, along with percussionist/singer Nanny Assis and pianist John di Martino, Some Other Time, a tribute to Leonard Bernstein with trombonist/singer Nils Landgren, Mazel, a Yiddish songbook with Cantor Daniel Kramer, and Cryin’ in My Whiskey, a collection of classic country with a jazz sensibility.

Bringing It All Back Home to Washington Square
Free concert at Garibaldi Plaza
Saturday, September 25, 2021 at 4pm