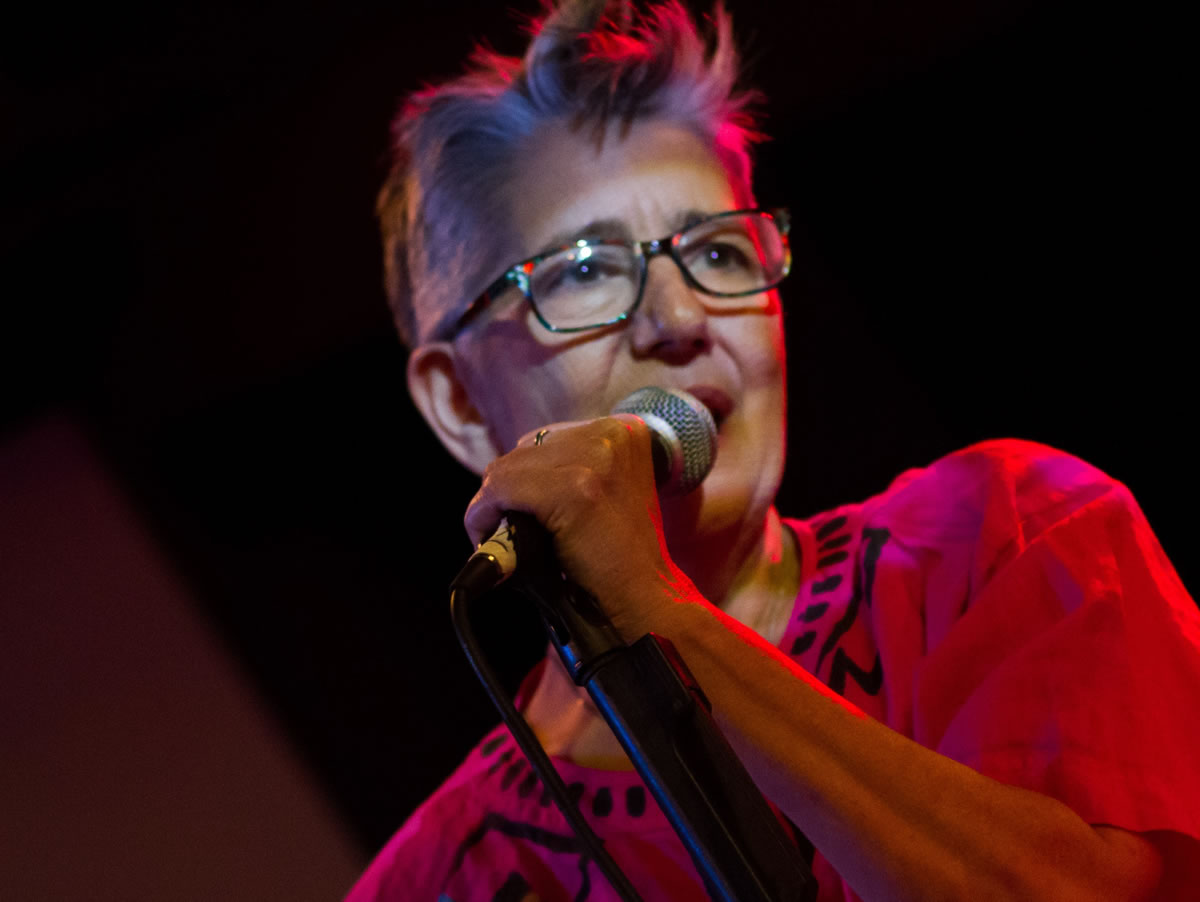 According to the New York Times, Eve Beglarian is a “humane, idealistic rebel and a musical sensualist.” A 2017 winner of the Alpert Award in the Arts for her “prolific, engaging and surprising body of work,” she has also been awarded the 2015 Robert Rauschenberg Prize from the Foundation for Contemporary Arts for her “innovation, risk-taking, and experimentation.”

Beglarian’s current projects include a collaboration with writer/performer Karen Kandel and writer/director Mallory Catlett about women in Vicksburg from the Civil War to the present; a piece about the controversial Balthus painting Thérèse Dreaming for vocalist Lucy Dhegrae; and a duo for uilleann pipes and organ that was premiered by Renée Louprette and Ivan Goff at Disney Hall as part of the Los Angeles Philharmonic’s 100th anniversary celebrations. Since 2001, she has been creating A Book of Days, “a grand and gradually manifesting work in progress… an eclectic and wide-open series of enticements” (Los Angeles Times).

Beglarian’s chamber, choral, and orchestral music has been commissioned and widely performed by the Los Angeles Master Chorale, the American Composers Orchestra, the Bang on a Can All-Stars, the Chamber Music Society of Lincoln Center, the California EAR Unit, the Orchestra of St Luke’s, loadbang, Newspeak, the Ekmeles Vocal Ensemble, and individual performers including Maya Beiser, Lara Downes, Lucy Dhegrae, and Thomas Feng.