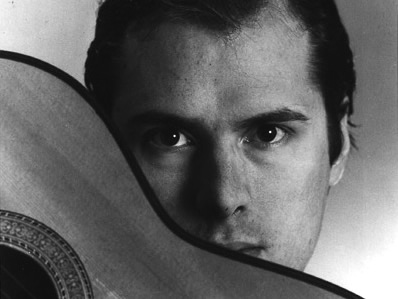 Guitarist/composer William Anderson began performing chamber music at Tanglewood at age 19. He now performs in guitar festivals and new music festivals in Europe, the US, Latin America and in Japan. In New York, Anderson performs regularly with many ensembles, including Sequitur, and the Cygnus Ensemble, which he founded in 1985. For ten years he was a member of the Theater Chamber Players in Washington DC under the direction of Leon Fleisher and Dina Koston. He has performed with the Metropolitan Opera Chamber Players, under James Levine, the Chamber Music Society of Lincoln Center, Da Capo Chamber Players, Speculum Musicae and the York Philharmonic.

Anderson appears on many CD recordings, and he has made four CDs: The Guitar Music of Meyer Kupferman, (Soundspells); Diary of a Seducer (CRI); Hausmusik, (Furious Artisans); and Music of J K Mertz (Titanic Records). He appears on numerous other CDs on various labels including Koch, Bridge Records, and Open Space.