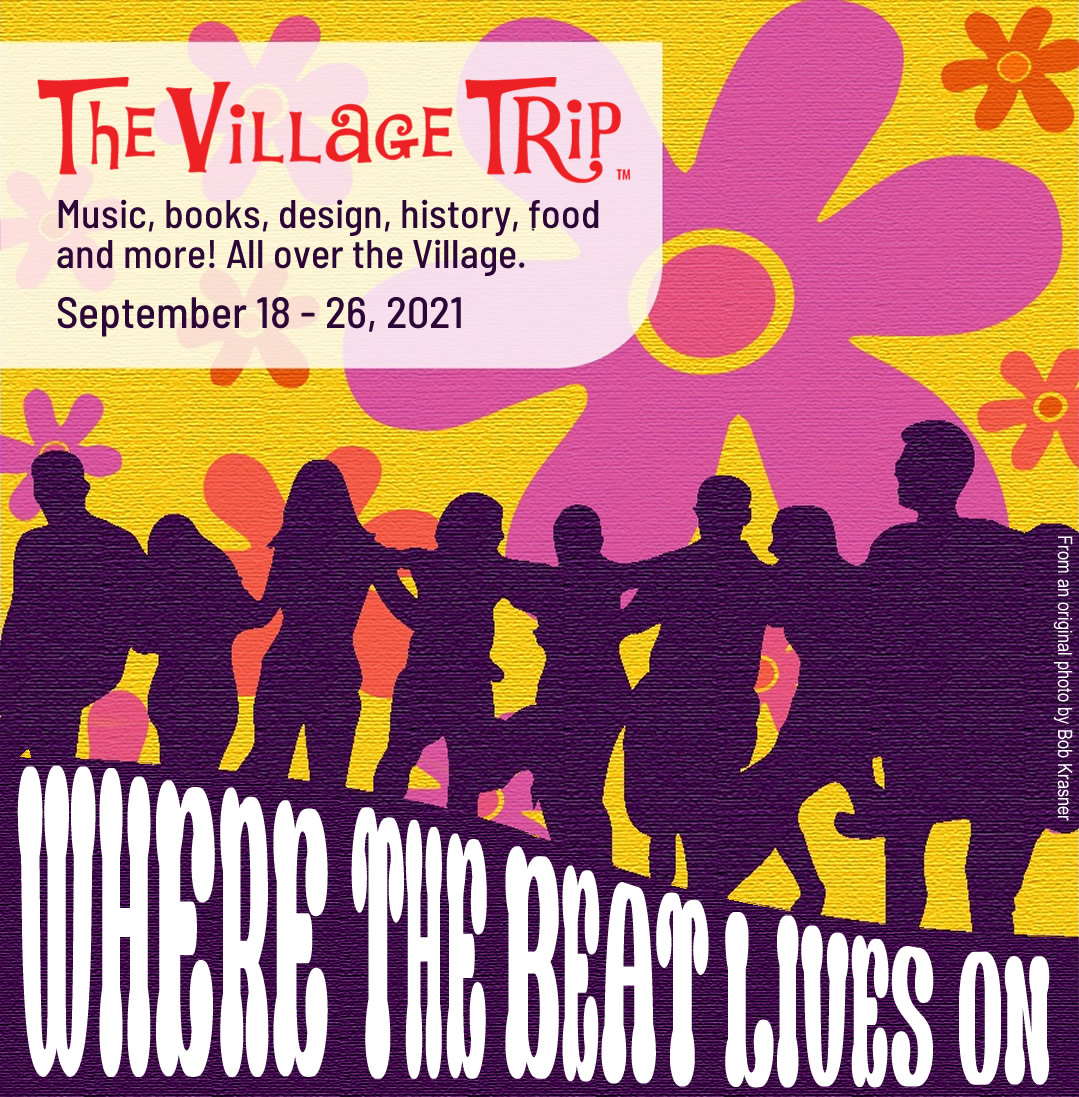 Greenwich Village’s rich history of creativity and activism will drive dozens of events throughout the iconic neighborhood, from Saturday September 18 through Sunday September 26 during The Village Trip, the third annual festival celebrating the history and heritage of the Village.

Seven-time-Grammy-nominee Bobby Sanabria and his Multiverse Big Band will bring Latin jazz to a free concert in Washington Square Park on Saturday September 25. “A force of nature” (Jazz Times), the Band is part of the rich downtown history of salsa meets jazz long celebrated by Art D’Lugoff at the Village Gate and later at Le Poisson Rouge. The ultimate feel-good music, it’s just what the doctor ordered for a festival that aims to rally the Village – so come dance in the streets to an afternoon of terrific music with some very special guests.

The Village Trip 2021 promises something for every taste and every age. On Tuesday September 21, Judson Church will host a special performance of Eve Beglarian’s opening movement to Earth Requiem: Wake Up, commissioned by artist Diana Wege. Both women live and work in the Village, as do composers Harold Meltzer and David Del Tredici, whose music will fill the sanctuary of St John’s in the Village on Thursday September 23 and Friday 24.

We are privileged also to feature the world première performance of Prelude, Prayer and Dance for Unaccompanied Viola by David Amram, Artist Emeritus of The Village Trip. Written for Consuelo Sherba, this new piece will form a unique double bill at Judson, with Earth Requiem.

At the historic Bitter End, the festival will celebrate two very different aspects of Village music history: On Saturday September 25, guitar quartet Bodies Electric will showcase the music of Edgard Varèse, and Frank Zappa and the Psychedelic Circus while on Sunday September 26, Sing Out! an all-star celebration of the New York folk revival will bring this year’s festival to a close.

There will be busking, readings, discussions, and events for children, plus a concert by the young students at The Third Street Music School Settlement. There’s also a full program of walks and talks, among them:

“This year, The Village Trip will have special resonance and meaning, as the neighborhood recovers from Covid and looks to the future. As a Village resident, I know we all need the chance to remember what we’ve been through and celebrate where we are headed.”