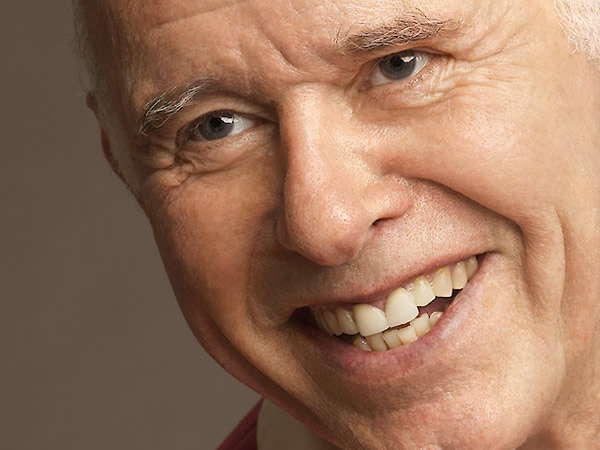 With the appearance in 1976 of Final Alice, David Del Tredici’s hour-long setting of Lewis Carroll for high soprano and large orchestra, a new movement in music was born: Neo-Romanticism. Not only did Del Tredici forge for himself a fresh compositional path – he also gave hope to a generation of young composers seeking a new way of composing. One of a number of Alice in Wonderland settings, the piece was followed by In Memory of a Summer Day, which was awarded the 1980 Pulitzer Prize in Music.

In his post-Alice world, Del Tredici has taken a startlingly different tack — to create a body of music that celebrates his own gay sexuality. Among these is Gay Life (poetry of Ginsberg, Monette, and Gunn; commissioned by Michael Tilson Thomas and the San Francisco Symphony), Love Addiction (a baritone/piano song cycle to poetry of John Kelly commissioned in honor of the composer’s 70th birthday), and Wondrous the Merge (a melodrama for baritone and string quartet to the poetry of James Broughton). Bullycide for piano and string sextet, a composition dealing with gay teen suicide as a result of bullying, has garnered considerable media attention. OUT Magazine has twice named the composer among its People of the Year.

Del Tredici has also been active in the intimate world of chamber music. His recent works include two string quartets, a clarinet quintet, and a profusion of works for solo piano reflecting Del Tredici’s own musical beginnings as a piano prodigy. These include Mandango, Gotham Glory, Three Gymnopedies, and S/M Ballade. Boosey & Hawkes has published two volumes of works for solo piano solo.

David Del Tredici was Composer in Residence with the New York Philharmonic from 1988-90. He is a former Guggenheim and Woodrow Wlson fellow.

He has been on the faculties of Harvard and Boston Universities, and Distinguished Professor of Music at The City College of New York. He lives in the West Village.

A Celebration of the Music of David Del Tredici
St John’s in the Village
Friday, September 24, 2021 @ 8pm