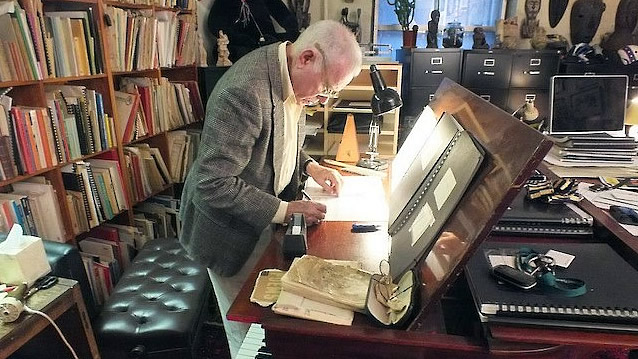 Aaron Copland proclaimed David Del Tredici “that rare find among composers – a creator with a truly original gift. I venture to say that his music is certain to make a lasting impression on the American musical scene. I know of no other composer of his generation who composes music of greater freshness and daring, or with more personality."

Del Tredici forged a new compositional path, neo-romanticism, a response to the atonality of the 1960s in which he came of age. Speaking for himself, he has said: “Music is not a religion, nor is it a duty. It is an entertainment. All that a composer really does is realize his own particular musical fantasy with a certain selection of notes, rhythms and timbres.”

The composer credits Marc Peloquin with reviving his interest in the piano and the two men have worked closely these past twenty years. Peloquin, whose career is focused on living composers, is in the process of recording Del Tredici’s complete works for solo piano, some of which, including S/M Ballade, have been composed specially for him.

This concert is supported by the Roger Shapiro Fund for New Music.