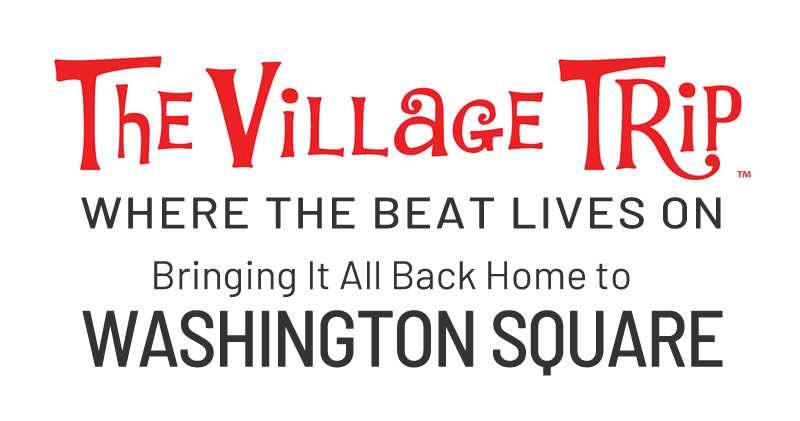 Thomson explains: “Although I’m based in London, I left my heart in Greenwich Village many years ago. Reminiscent of the Edinburgh Festival, which helped revive that city in 1947 after the end of World War II, this festival’s mission is to raise everyone’s spirits, which is particularly important this year as the scourge of Covid is slowly abating”.

The Village Trip debuted in 2018 with Suzanne Vega singing in Washington Square Park and returned in 2019 with Steve Earle playing the park, while Tom Chapin, Rory Block, David Amram, Martha Redbone, Diana Jones, and David Massengill brought folk music back to The Bitter End and Kate Colby and Liz Howard read poetry at St. Mark’s in the Bowery.

Once again, a free concert in Washington Square Park will be a signature event. This year, seven-time-Grammy-nominee Bobby Sanabria with his Multiverse Big Band and special guests will get everyone dancing, as they bring their inimitable brand of salsa-meets jazz to the Village on Sept. 25. The next day, a folk hootenanny with David Amram will take over The Bitter End, as the famous club celebrates its 60th anniversary.

Other musical highlights will include performances at St. John’s in the Village of modern classical compositions by Village residents Harold Meltzer (on Sept. 23) and David Del Tredici (on Sept. 24). Bodies Electric will celebrate the music of Edgard Varèse and Frank Zappa and the Psychedelic Circus at The Bitter End on Sept. 25. At Judson Memorial Church on Sept. 21, Eve Beglarian will present the opening movement of “Earth Requiem,” a site-specific art installation with live choirs and chamber orchestra conceived by artist Diana Wege as a warning about the effects of climate change, pollution, depletion of resources, and nuclear technologies. Students from The Third Street Music School Settlement will give a concert at St. John’s in the Village on Sept. 25.

In 2021, the festival is expanding from three to nine days and will encompass architecture, design, food, and a greater selection of walking tours, talks, and readings. Highlights will include a Land of the Blacks tour and action led by Kamau Ware of Black Gotham, a tour given by The Marvelous Mrs. Maisel production designer Bill Groom, music tours, food tours, and a tour by public historian Kathleen Hulser titled “Bad, Rad, and Boho Women of the Village.” Author Bill Goldstein will talk about his upcoming biography of Larry Kramer and writer Brad Gooch will discuss his memoir, “Smash Cut,” which is set in the Village during the 1970s and ‘80s. Readings by children’s authors such as Diane Zahler and Ann Burg will provide entertainment for kids of all ages. A number of architecture and design offices will open their studios for visits, and restaurants and bars will offer special Village Trip cocktails and dishes inspired by people, places, and events in the neighborhood’s history.

Here’s a link to the full festival lineup and schedule: https://www.thevillagetrip.com/program/

“This year, The Village Trip will have special resonance and meaning, as the neighborhood continues to recover from Covid and looks to the future,” says Joint Artistic Director Pearson. It is also reaching out to a broader roster of community organizations, such as the Greenwich Village Chelsea Chamber of Commerce, Village Preservation, the Village Alliance, the NYC AIDS Memorial, the Washington Square Park Conservancy, the Washington Square Association, the Center for Architecture, and St. John’s in the Village. Other key supporters include The Washington Square Hotel, New York University, Three Lives & Company bookstore, and The Bitter End.

The Village Trip is a nonprofit organization and donations to it are tax-deductible. If you want to support the festival, you can donate here.

The Village Trip’s mission is to uplift, to entertain, and to celebrate the arts for all New Yorkers, their families, and all people from around the world who come to visit New York City’s special oasis, Greenwich Village.