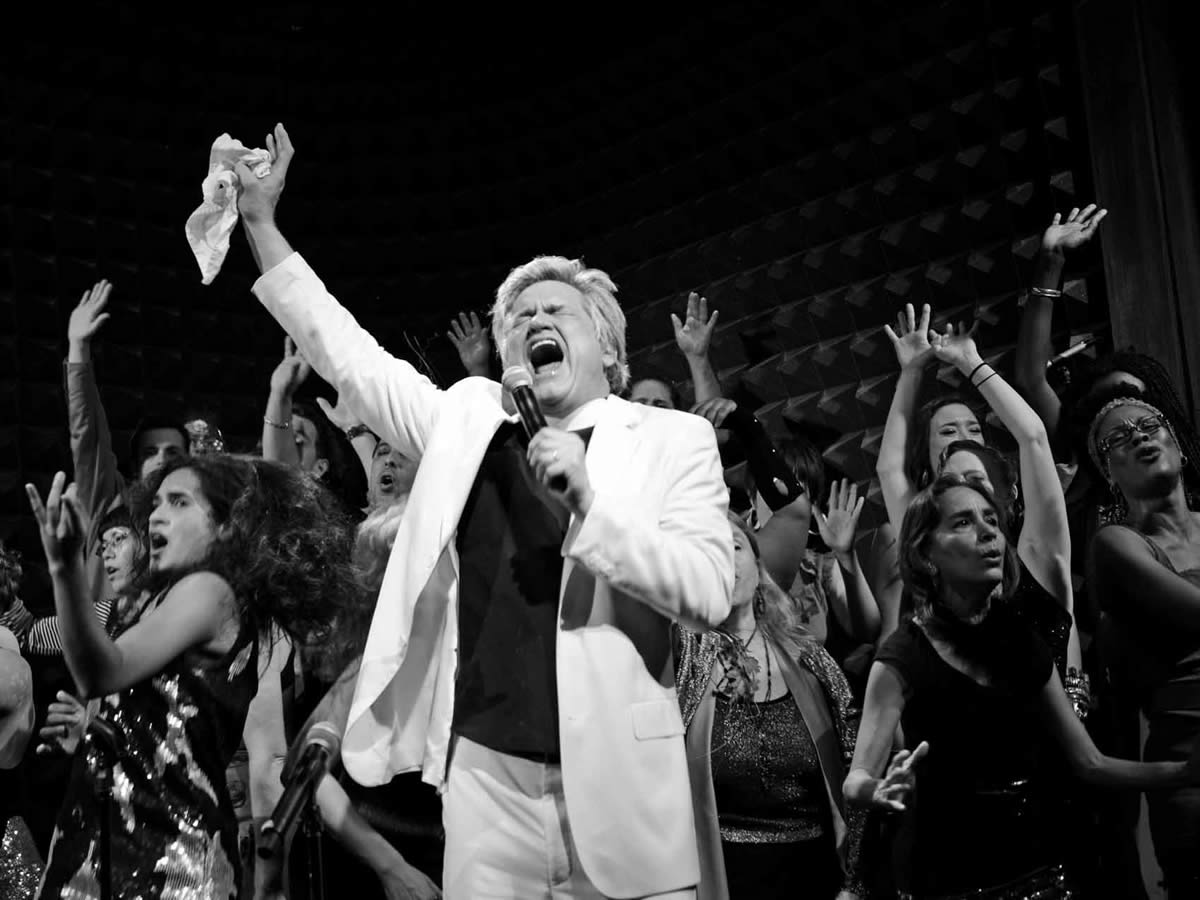 The character of Reverend Billy was developed in the mid-1990s by actor and playwright, William Talen. His chief collaborator was the Reverend Sidney Lanier, an Episcopalian minister in Hell’s Kitchen who, in a drive to increase church attendance, invited actors to perform scenes from plays by his cousin Tennessee Williams and Terrence McNally, leading to Lanier’s cofounding of the American Place Theater in 1963. Lanier described Talen as “more of a preacher with a gift for social prophecy than an actor.” The Reverend Billy character debuted on the sidewalks of Times Square in 1998, outside the Disney Store, where he proclaimed Mickey Mouse to be the anti-Christ and duct-taped him to a cross. Reverend Billy’s sermons decried the evils of consumerism and the racism of sweatshop labor, and what Talen saw as the loss of neighborhood spirit in Rudy Giuliani’s New York. The character isn’t so much a parody of a preacher, as a preacher motif used to blur the lines between performance and religious experience. “It’s definitely a church service,” Talen explained, adding that it’s “a political rally, it’s theater, it’s all three, it’s none of them.”

Reverend Billy’s Choir is “a radical performance community” whose members come from many different creative and activist backgrounds. “We have evolved a very particular sound and performance experience from the synthesis of our lived experience. We are grounded in the work of Justice and in service to the Earth. We love to Sing together.” Reverend Billy and the Church of Stop Shopping have been described by academics as “performance activism,” “carnivalesque protest,” and “artivists”.