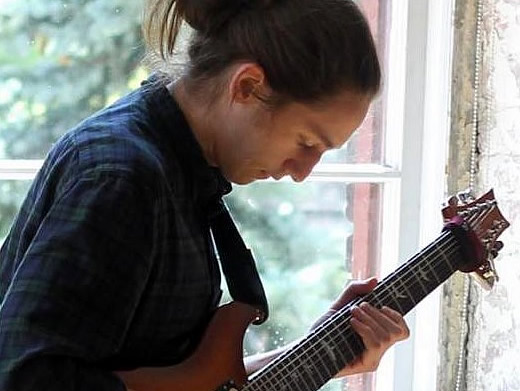 Kyle Miller is a native New Yorker from Valley Stream, Long Island. He started his musical studies on electric guitar and later shifted his focus to classical training. He has attained his Bachelor of Music in Classical Guitar Performance and is currently pursuing a Master of Arts in Music with a focus on music composition at the Aaron Copland School of Music at Queens College. He has studied guitar with Albert Pennachio, William Anderson and Paul Bollenback, and composition with Edward Smaldone and Jeff Nichols. Kyle also spent time studying guitar at the Universidad Veracruzana in Xalapa, Mexico and Balinese Gamelan in Bali, Indonesia. He is an active performer and composer of Gamelan Yowana Sari and Ictus Novus.

As a member of the Sheer Pluck Guitar orchestra, under the direction of William Anderson, Kyle has performed in venues such as Weill Hall, Lincoln Center, Tenri Cultural Institute and the Symphony Space, where he was a featured soloist at the first annual David Starobin Guitar Festival. In summer 2018, Kyle attended the Bang on a Can Summer Festival as an electric guitar performer.