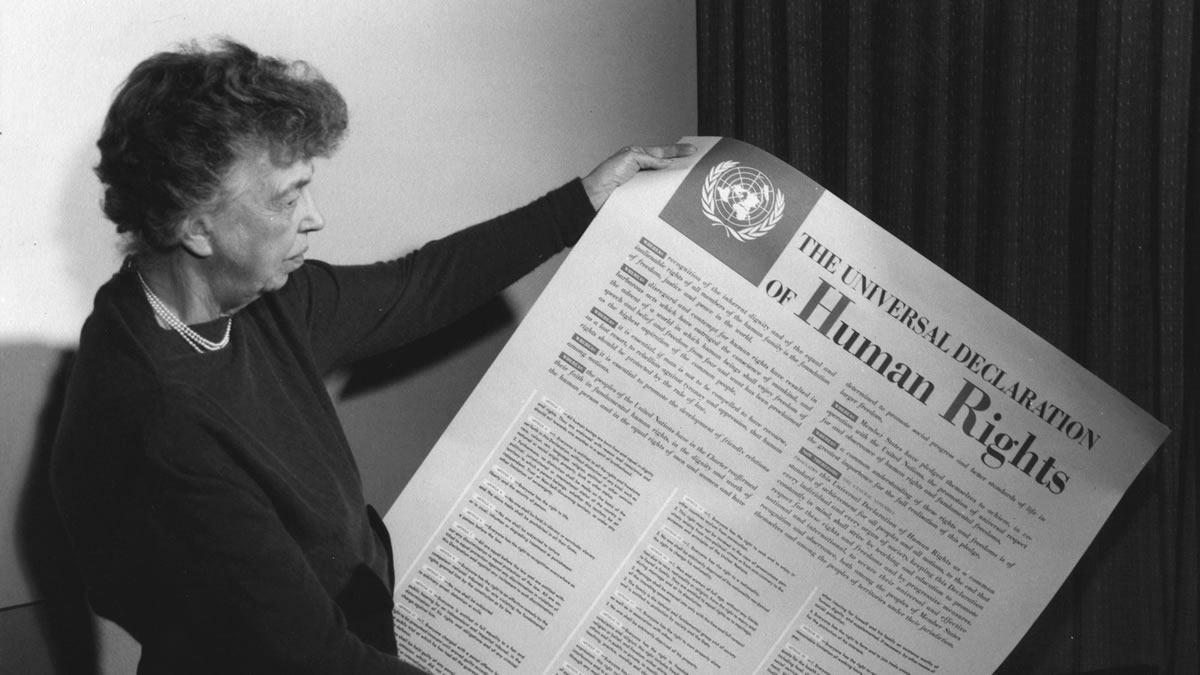 Over the last few years, many aspects of life which had long seemed settled and certain are now under attack. Women’s rights are being overturned by court rulings as right-wing politicians and activists seek to turn back the clock on seventy years of progress since the pill granted women control over their own bodies. What we had come to think of established norms now appear to be nothing of the sort.

First Lady Eleanor Roosevelt said it repeatedly as she worked in the early days of the United Nations chairing the committee drafting the Universal Declaration of Human Rights: Women’s rights are human rights. This program presents historian Blanche Wiesen Cook exploring Eleanor Roosevelt’s evolving notions of human rights which connect deeply to the time she spent in the Village with activists. Hugh Ryan, author of The Women’s House of Detention will speak about how the history of the women’s jail next to the former Jefferson Courthouse is full of little-known stories of activism and advocacy for the rights of women, lesbians, trans-masculine people and prisoners. A noted expert on human rights will discuss how the idea of rights is an expansive and living concept that takes different forms in different contexts.

The discussion will be introduced by Kathleen Hulser, public historian, who has taught the history of the Village at the New School, New York University and Pace.

This event is free to attend, but we suggest a $10 donation to The Village Trip.