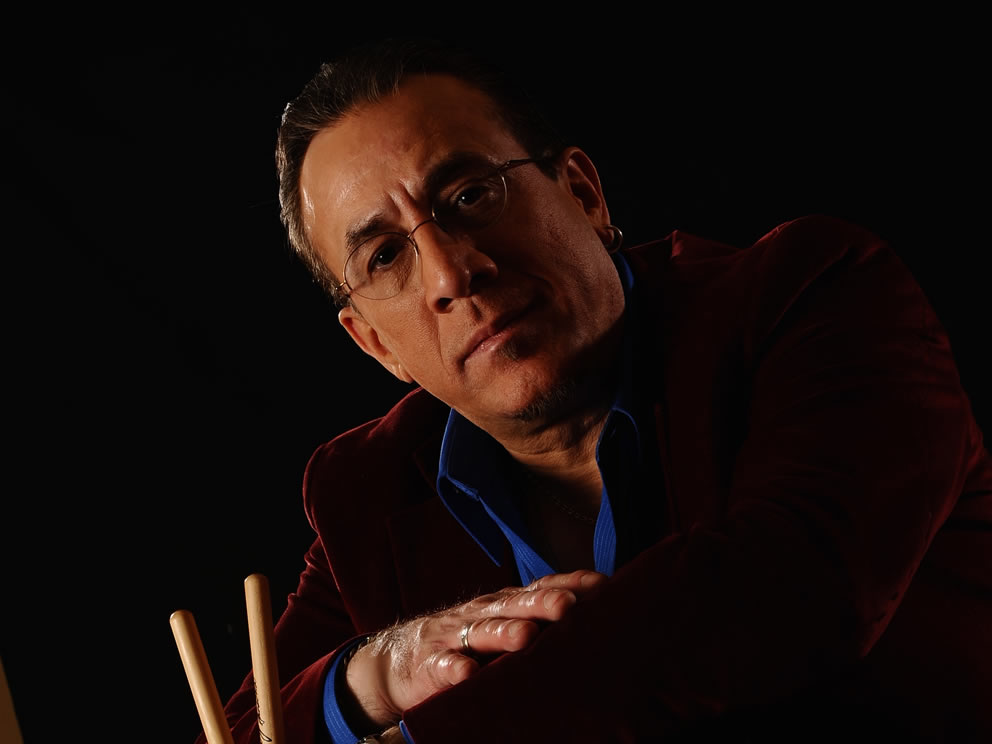 An eight-time Grammy-nominee, Bobby Sanabria is a drummer, percussionist, composer, arranger, conductor, documentary film producer, educator, activist, and bandleader. His versatility as both a drummer and percussionist is legendary. A native son of the South Bronx born to Puerto Rican parents, he has performed and recorded with every major figure in the world of Latin jazz and salsa, from the founder of the Afro-Cuban/Latin jazz movement Mario Bauzá, to Tito Puente, Mongo Santamaría, Dizzy Gillespie, Chico O’Farrill, Ray Barretto, Candido, to Larry Harlow, Ruben Blades, Celia Cruz, and jazz luminaries as diverse as Henry Threadgill, Charles McPherson, Randy Brecker, Joe Chambers, Jean Lucien, The Mills Brothers, and others. DRUM! Magazine named him Percussionist of the Year (2005) and he was named Percussionist of the Year by the Jazz Journalists Association in 2011 and 2013. In 2006, he was inducted into the Bronx Walk of Fame. He was a recipient of the 2018 Jazz Education Network (JEN) LeJENS of Jazz Lifetime Achievement Award for his work as a musician and educator.

Each of his big band recordings has been nominated for a Grammy. His 2018 recording West Side Story Reimagined won the Record of The Year Award from the Jazz Journalists Association.

He is the Co-Artistic Director of the Bronx Music Heritage Center and the forthcoming Bronx Music Hall. A member of Max Roach’s legendary M’BOOM percussion ensemble, he is on the faculty of both the New School and NYU. He is also the on-air host of the Latin Jazz Cruise on WBGO FM, the number one jazz station in the nation.

Bringing It All Back Home to Washington Square
Free concert at Garibaldi Plaza
Saturday, September 25, 2021 at 4pm