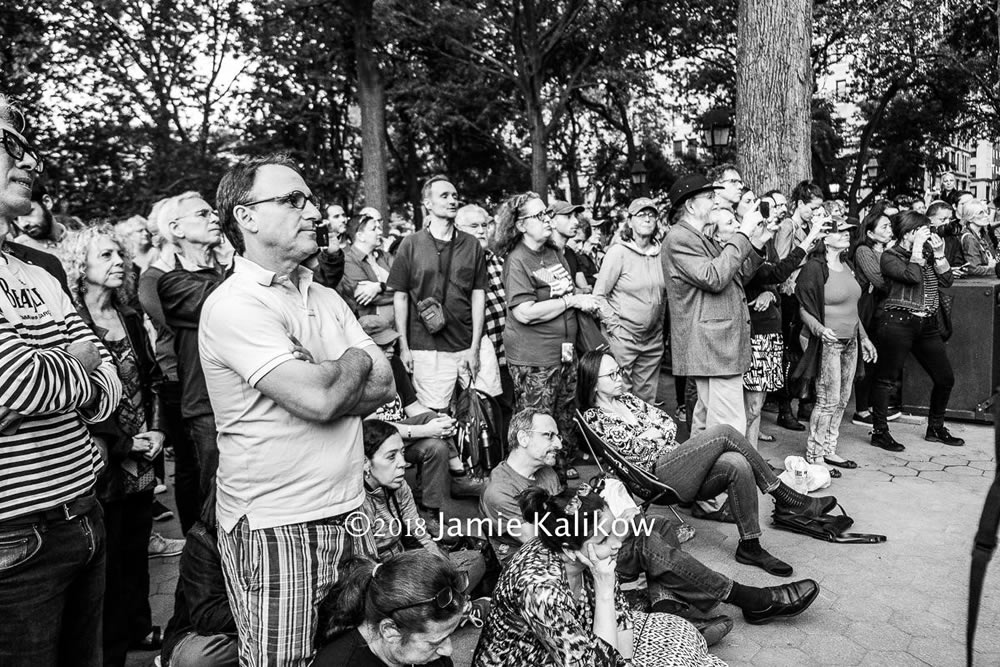 “What a beautiful gift all your events were for NYC!”
Terri Howell, Director of Operations, The Village Alliance

Heartfelt thanks to all those who had faith in our vision and who made the journey with us – sponsors, partners and private donors, and those who gave so generously of their time and expertise. Please know how much you are appreciated.

And thanks too, of course, to our wonderful performers, speakers, actors, musicians. It was an honor to have you.

“Such an important new festival which needs
to become an annual event!”

“The best part was the glow on the audiences faces” 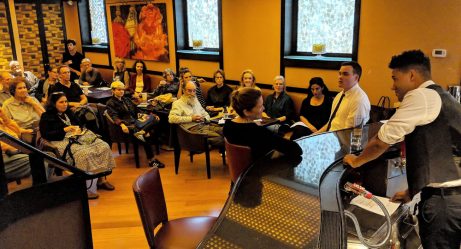 Scenes from O’Neill, in a Hotel that Eugene himself would have known 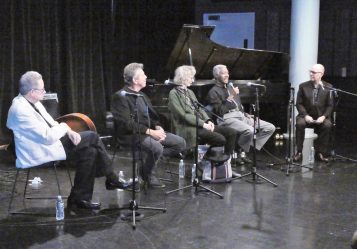 At the New School, talking Jazz in the Village with Keller Coker (far right), Dean of The New School for Jazz and Contemporary Music, with (from left Vic Juris, Andy McKee, Joanne Brackeen and Billy Harper 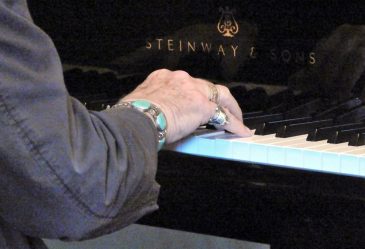 At the Jefferson Market Library, Artist-in-Residence David Amram plays piano for readings by Adira Amram and Suzanne Hayes-Kelly of poetry by Jack Kerouac 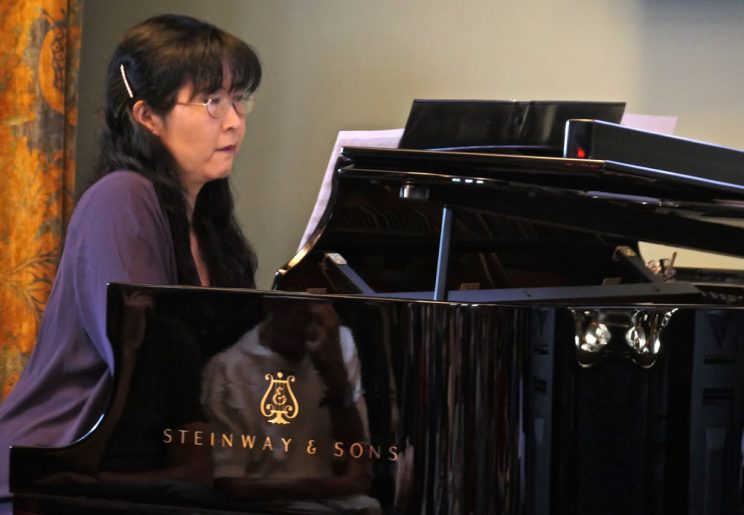 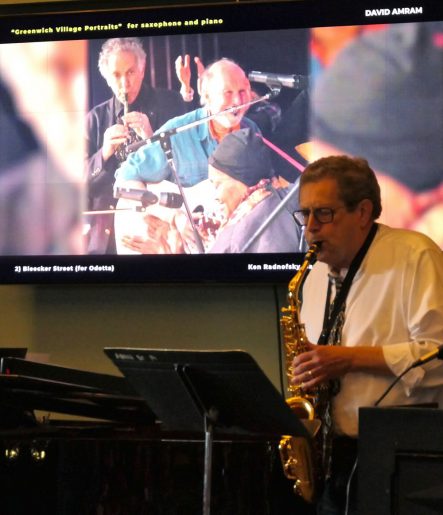 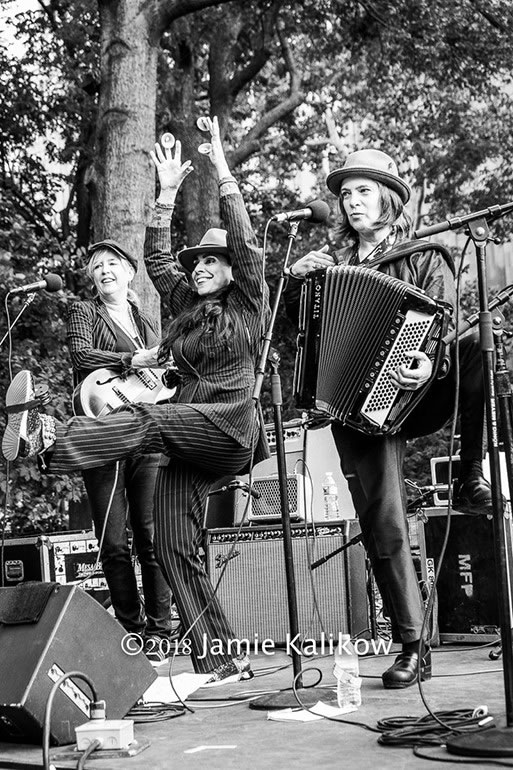 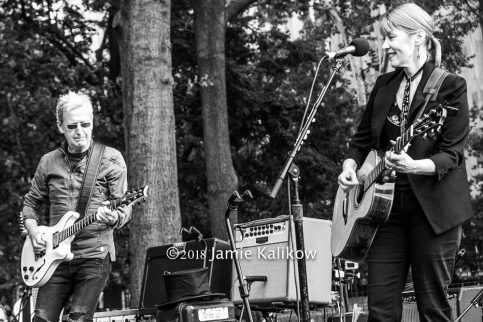 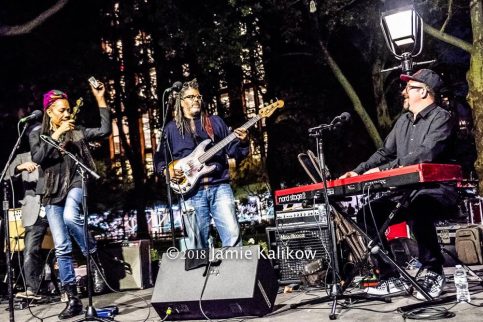 Out on a high – Martha Redbone closes Bringing It All Back Home to Washington Square with a blistering set, honoring ‘the First People at the first Village Trip’ 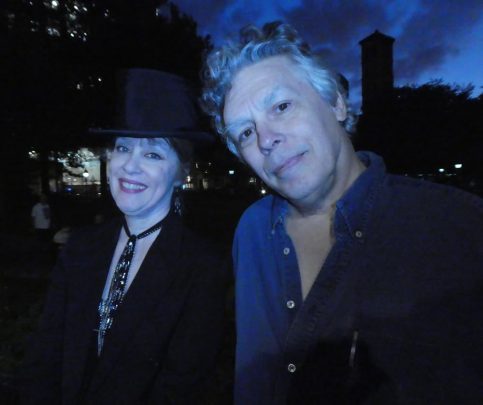 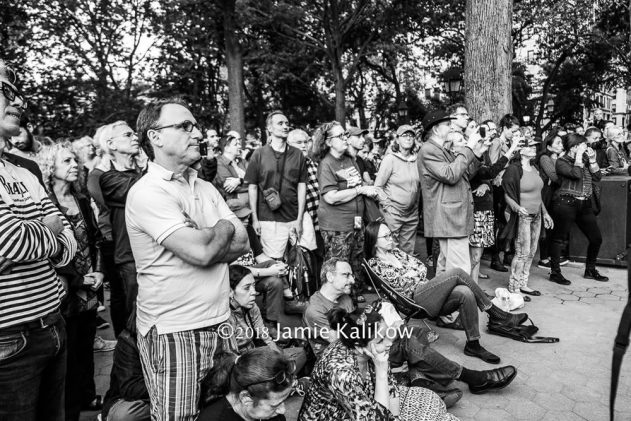 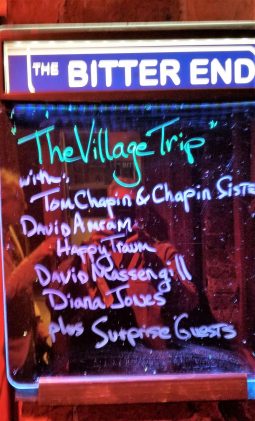 The Bitter End billboard – showtime, and the grand finale of the first Village Trip 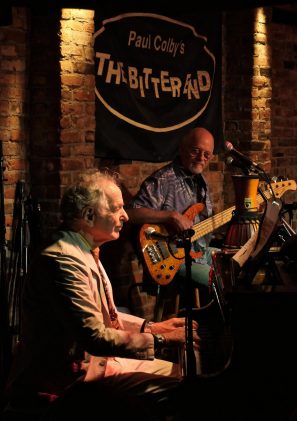 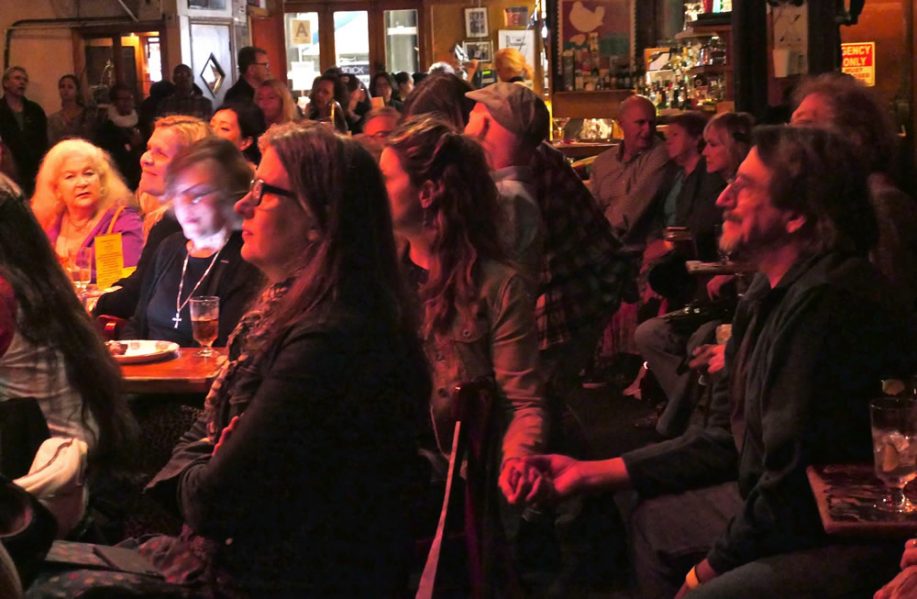 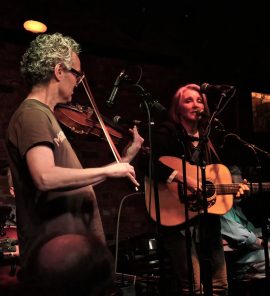 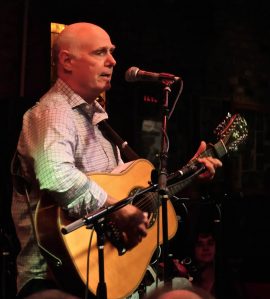 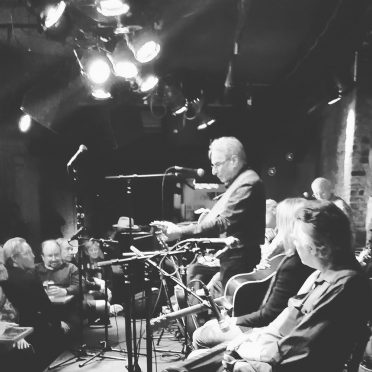 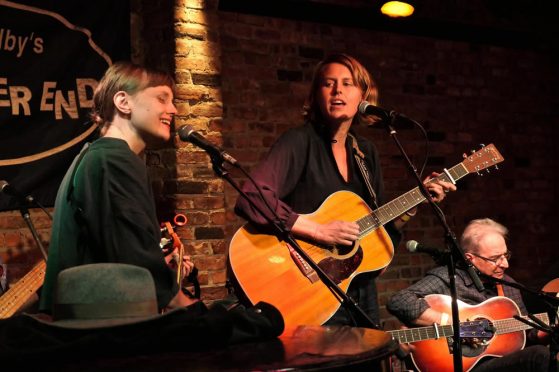 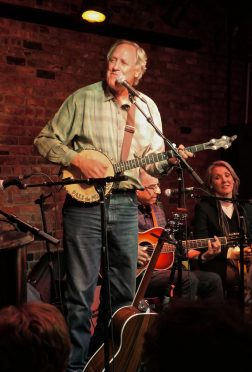 Tom Chapin, host for Talkin’ New York Folk Revival, encourages everyone to pass the music on 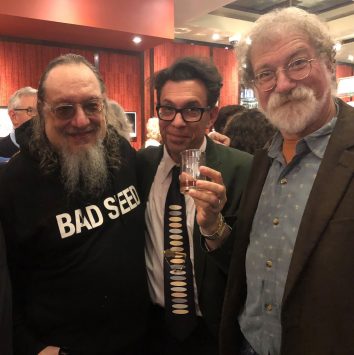 Magnum’s Michael Shulman (center) raises a toast to The Village Trip with (left) author and journalist Larry Sloman and Mitch Blank, Associate Archivist at the the Bob Dylan Center in Tulsa 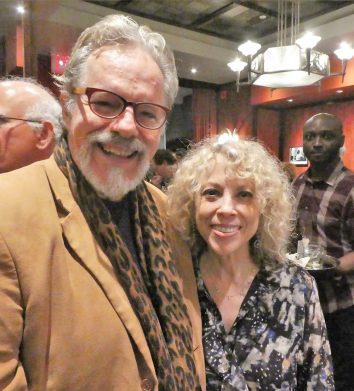 Judy Paul, CEO of the Washington Square Hotel, at the opening party with Doug Yeager, manager of David Amram and many other musicians 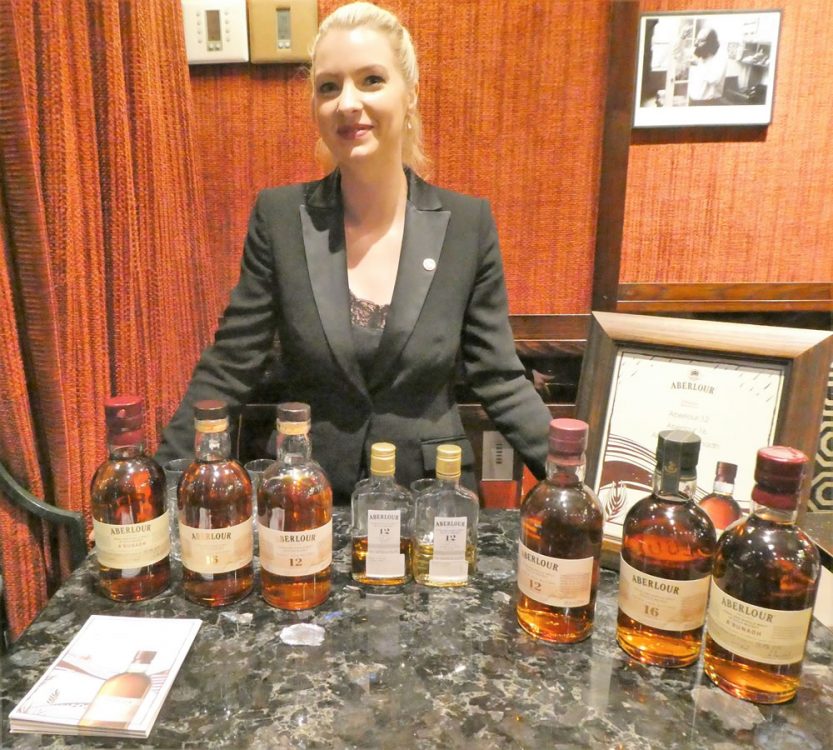 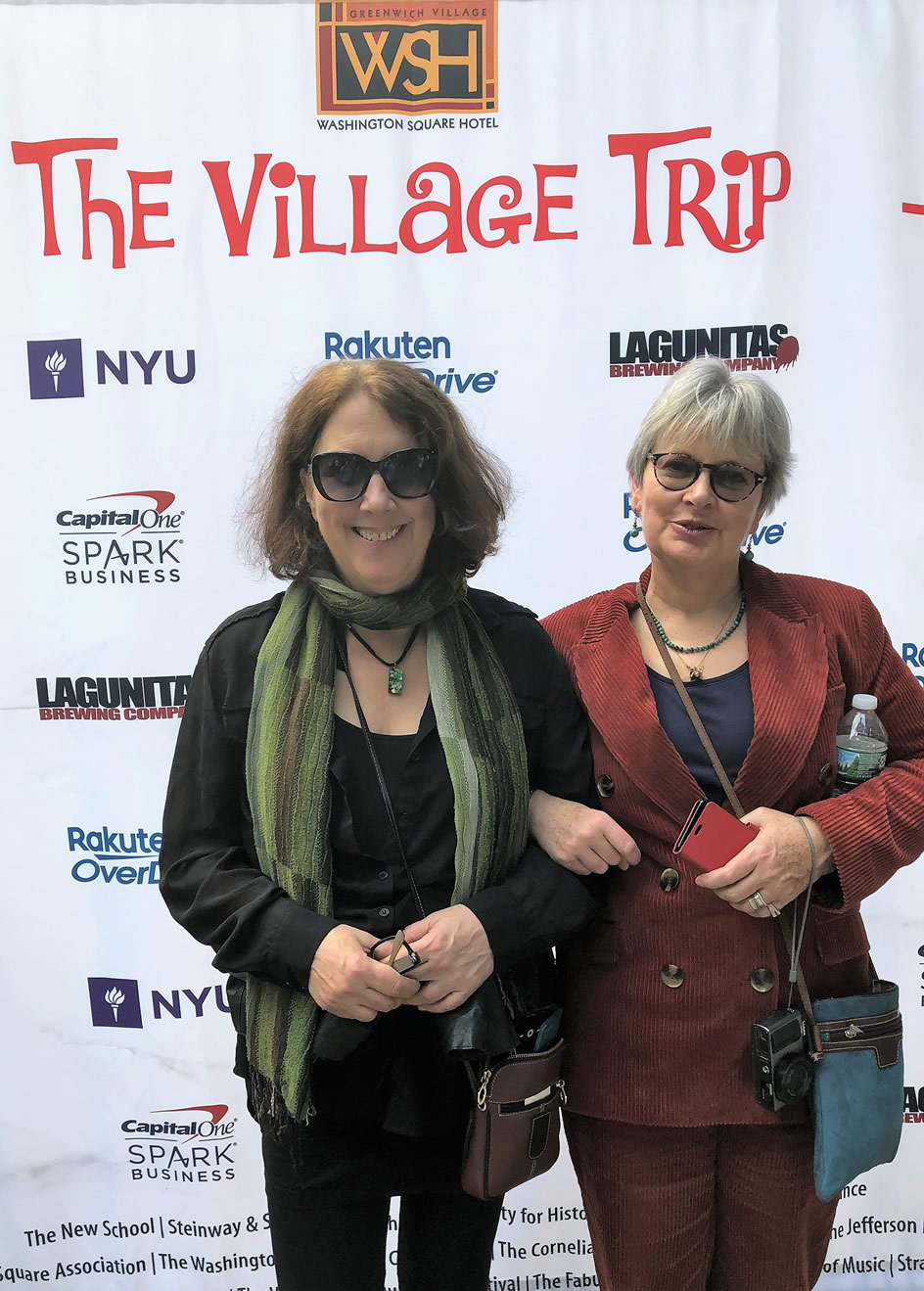 Terri Howell, Director of Operations, The Village Alliance
“What a beautiful gift all your events were for NYC!

“I was able to attend the three evenings, which will be in my memory forever. All such diverse experiences, just like this fascinating city. Not really sure which one was my favorite. There was a moment in the Park that tears welled up, as the combination of time, place and sound was such an overwhelm of beauty. I certainly felt privileged to be a participant of such special evenings.”

David Amram, Artist-in-Residence
“I am basking in the glow of an AMAZING event that you somehow put on and made into a MIRACLE!!!!!

“It was a true honoring of dear friends no longer with us and honored and inspired many young creative people today who are here and who will redefine that spirit in their own way!”

Ira Mayer, journalist and author
“Truly, congratulations again on a remarkably varied, informative, uplifting, and entertaining festival. Such a wonderful vibe at every event I attended…

“Truth be, I loved the woman who spoke about Edna St Vincent Millay – a great presenter and the event just felt so right. I’m really glad it turned into more than simply an afternoon concert in the Park (which was certainly fun in its own right).”

Ken Radnofsky, saxophonist, BSO
“David Amram’s composer in residence days for The Village Trip was and is a reminder to honor and cherish those of past and present, even as we look to the future. And who could better represent those best hopes than the eternally young David Amram!

“Congratulations to all of you as you continue a grand start.

“Thanks for the opportunity to be a part of it, remembering Arthur Miller, Odetta, and Frank McCourt and all that made up the Village, through David’s Greenwich Village Portraits.”

Lily Chapin, singer-songwriter
“Thank you so much for including us. It was an honor. A beautiful evening.”

Tom Chapin, singer-songwriter
“’Twas a lovely night. I feel blessed to have been a part of it.

Paul Rizzo, owner of The Bitter End
“It was a pleasure working with everyone and I hope next year is even more of a success. Just let me know when we want to do it again and we will make it happen. I’m sure that all the spirits that haunt this room were very happy with the performance that night as well.

“The best part was the glow on the audiences faces, which we all love to see. It was enjoyed by all.

“Thanks for a magical night.”

David Massengill, singer-songwriter
“It was a privilege to watch and hear everyone in musical action. A musical dream come true. Everyone was a star and that is especially true for Liz who had the vision and persistence to see it through. Thanks to Doug for upping the ante and Liz Law for getting actual money to back it. Next year is clearly on the beam. Stay tuned.”

John Heller, Trustee of MCNY and co-chair of Folk City (2015) and musician
“Just sayin’, for a lifelong folkie fan, you all delivered an evening of ecstasy… deepest thanks.

“And I must say that the show last night was truly remarkable. It was simply a perfect evening. I agree… I felt that at the end of the show the audience was thrilled with what they had seen.

“Of course, none of this would have happened without your unwillingness to give up!!”

Diana Jones, singer-songwriter
“I am still buzzing from the night! And I hope to see you all again not too far down the good road.

“What a night Liz! And so inspiring to see you achieve this. And inspiring to be amongst such amazing writers/performers. Many ideas are brewing.”

Arthur Levy, music journalist
“You couldn’t have organized a better hootenanny. Tom Chapin was the essential compere, as you say in Blighty. Lily and Abigail gave it the alternative edge it needed. Happy Traum was the solid link to the earliest part of the 60s that still reverberates. Diana has that Kerrville cred linking her to Joan and the current state of singer-songwriters. Massengill is a timeless eternal performer who evokes the great storytellers that we love, like Gamble Rodgers and Ramblin’ Jack Elliott. And David Amram is the ageless beacon who shines his light onto everyone’s music and stories.

“It was just an amazing night.”

Joanne Brackeen, jazz pianist
“Jazz in the Village was many places when I came to New York and it was delightful to be a part of the celebration! A great event that needs to be continued for sure!”

Martha Redbone, musician
“So great to have this triumphant experience together:) More to come!!”

Cecilia Rubino, Professor of Theater, Lang College, the New School
“Greenwich Village has been a magnet for artists, and change-makers for over a century. The Village Trip which explores the history of artists and political and social change instigators is such an important new festival which needs to become an annual event!

“It was wonderful to work with The Village Trip on the site-specific event O’Neill in the Village at the Washington Square Hotel! I led a walking tour of local Greenwich Village sites that were formative to the career of the seminal American playwright Eugene O’Neill, and then audiences got a chance to see amazing actors perform scenes from four of O’Neill’s plays at a bar in the neighborhood which launched his career in a hotel at which he almost certainly drank.”

Sonja Haroldson, Washington Square Park Conservancy
“What an exciting first run to have under your belt!”