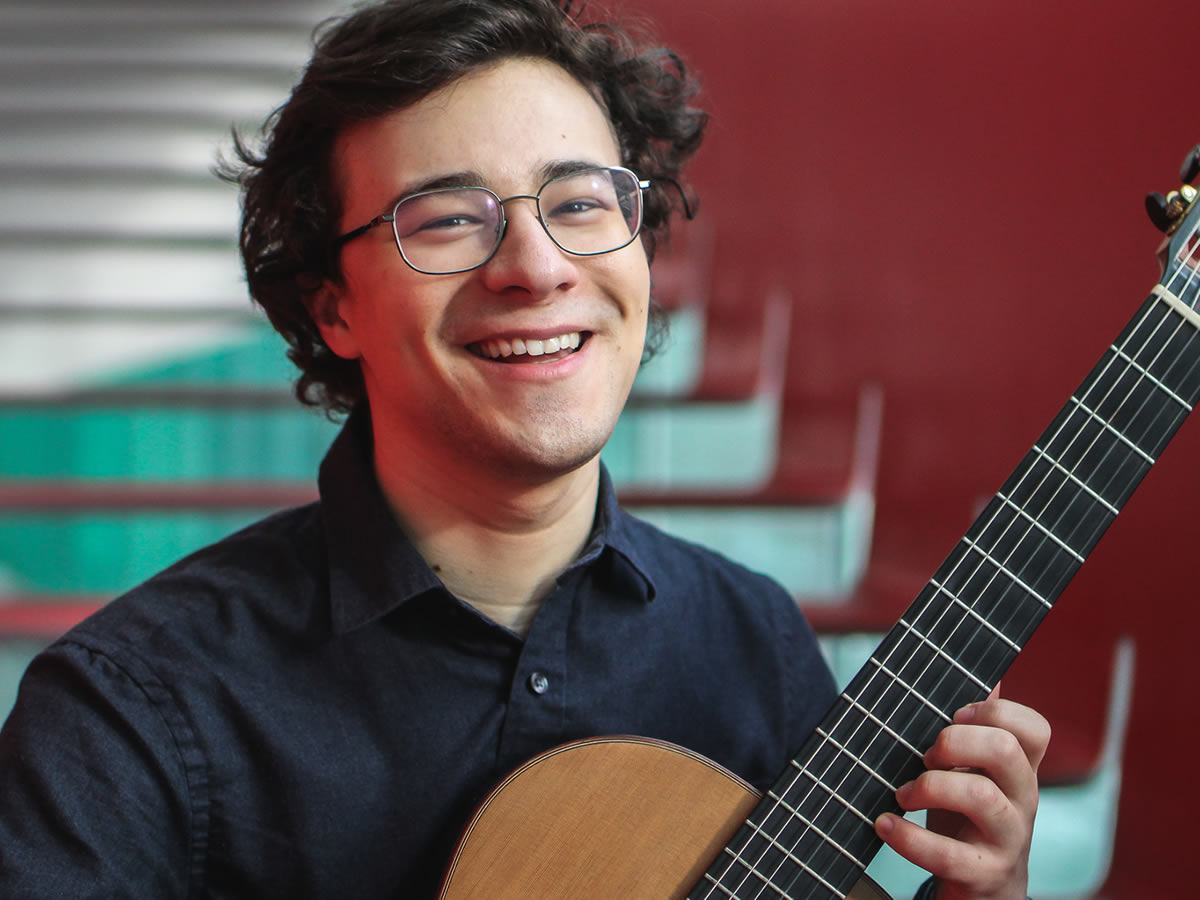 Michael Vascones was born in 1998 in Queens, New York. Inspired by watching his father play, Michael began playing guitar at the age of 12. He began his undergraduate studies at the Juilliard School in 2016, studying under Sharon Isbin. Michael is currently pursuing his graduate degree at the Manhattan School of Music as a student of Mark Delpriora. He has won first prize in numerous competitions, most recently he the National Federation of Music Clubs Classical Guitar Award.