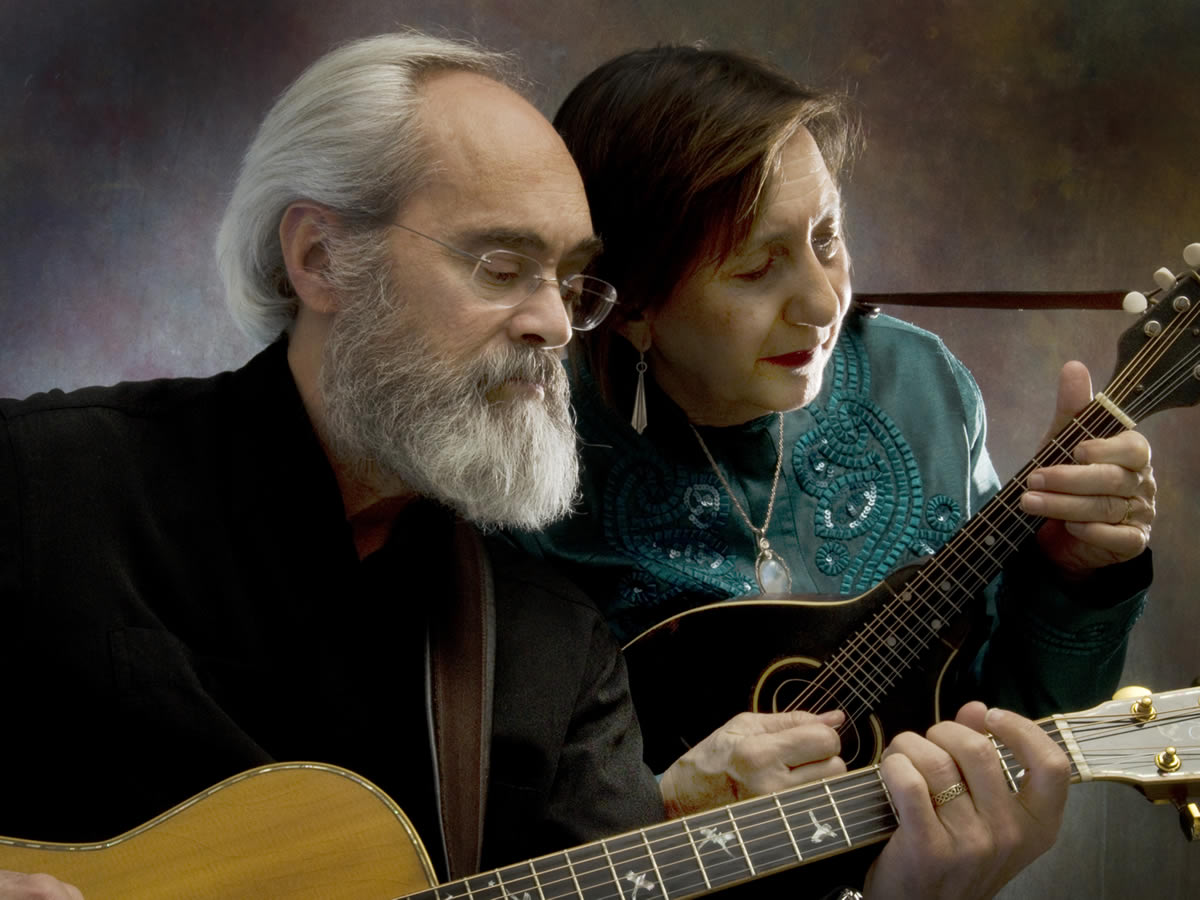 Award-winning recording artists, songwriters, musical historians, and social activists, Magpie covers a lot of ground, from traditional songs to vintage blues, swing and country, to folk classics to contemporary and stirring original compositions. Terry grew up listening to Italian music played by her paternal grandfather, and the country and jazz sung on her mother’s side of the family. The popular folk music of the revival in the 1950s and 60s caught Greg’s ear and imagination. He was hooked from an early age and began to explore its roots. Since 1973, Magpie has entertained and inspired audiences around the world, harmonizing to guitars, harmonica, mandolin, and dulcimer. Their many recordings include collections and song cycles on special themes, and tracks on notable anthologies including songs of Civil Rights, and tributes to Pete Seeger, Jean Ritchie, and Utah Phillips. Greg and Terry are celebrated for their interpretations of Phil Ochs and since 1984 have travelled the US and Canada performing his songs in renowned Phil Ochs Song Nights, produced by Phil’s sister, Sonny.