Wonderful Town: Cabaret and Cocktails with Janis Siegel and Friends 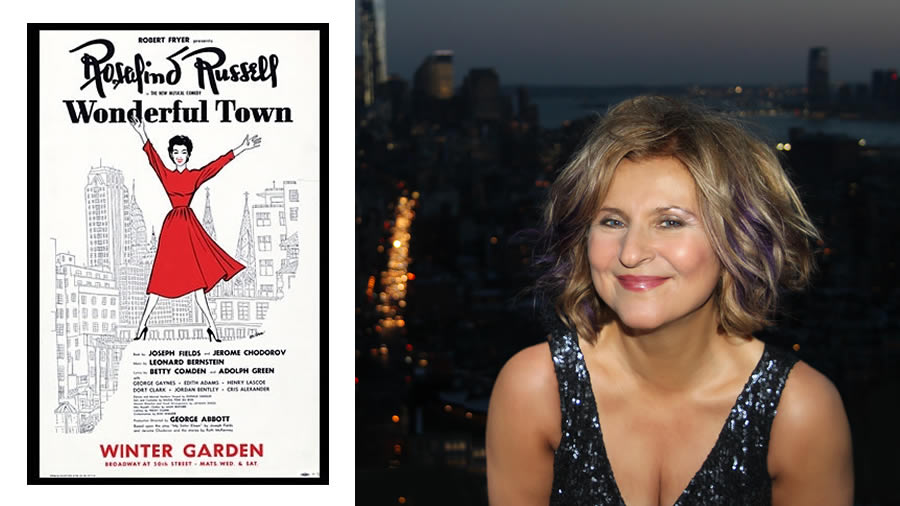 My, what charm
My, what grace
Poets and peasants on Waverly Place!

Wonderful Town immortalized Greenwich Village, just as a later Leonard Bernstein musical immortalized the West Side of Manhattan. This unique and intimate cabaret – featuring the Grammy-garlanded Janis Siegel with baritone Michael Kelly, Jamie Bernstein and The Manhattan Transfer's long-time musical director Yaron Gershovsky on keyboards – is a glorious celebration of songs such as “Ohio,” “Pass the Football,” and “One Hundred Easy Ways to Lose a Man,” plus a surprise song famously left out of the original score . For good measure, Janis and friends will also be dipping into more of the Maestro’s Manhattan musicals, On the Town and West Side Story.

Writes Jamie Bernstein, who will welcome everyone to the historic North Square Lounge: “Our hour-long-ish afternoon walking tour will conclude at the historic Washington Square Hotel, which my Dad would surely have known and where, in later years, Betty and Adolph often came for brunch. In the Hotel’s North Square Lounge, we'll all settle in for some restorative cocktails and nibbles and be treated to a bouquet of Bernstein songs by jazz diva Janis Siegel and acclaimed baritone Michael Kelly, accompanied by pianist Yaron Gershovsky.

Even I will get into the act – in a pleasing echo of Wonderful Town itself.

Based on the 1940 play My Sister Eileen by Joseph Fields and Jerome Chodorov, and The Short Stories of Ruth McKenney, Wonderful Town was Leonard Bernstein’s second salute to New York City. As with the first, On the Town, Bernstein teamed up with lyricists Betty Comden and Adolph Green, Villagers who as cabaret artists had been a fixture at the nearby Village Vanguard. Rosalind Russell, who had earlier starred in the 1952 film of My Sister Eileen, was cast again for the Broadway version as Ruth, and a 25-year-old Juilliard graduate and future TV star, Edie Adams, as the ingenue younger sister, Eileen. Bernstein wrote songs – including “One Hundred Ways to Lose a Man” and “Swing” – that played to Russell’s strengths as a character actress not known for her vocal prowess. The original Broadway production won seven Tony Awards, including Best Musical.

Oh, and by the way, Jamie recalls that her father wrote the musical to cover the cost of her baby clothes and diapers!

The cabaret is preceded by a walking tour of Wonderful Town locales with Jamie Bernstein.

$45 including a selection of canapes and a special Wonderful Town cocktail (or wine, beer or soft drink)