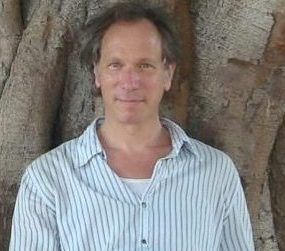 Danny Kapilian is to produce Bringing It All Back Home to Washington Square, the Saturday afternoon concert that is the centerpiece of The Village Trip.

Kapilian is a Brooklyn-based producer of high-profile live music events, tours, and festivals. His original productions are often unique conceptual events that bring together renowned artists from a variety of genres. He has worked extensively with mentors Bill Graham, George Wein, and Harvey Lichtenstein – all preeminent creative pioneers in live performance and entertainment.

Kapilian’s current productions include the 24th annual BAM R&B Festival, ongoing in Brooklyn; JONI 75, a concert celebration of Joni Mitchell’s 75th birthday live at the LA Music Center (November, 2018); and Jazz in the Key of Ellison, a touring show based on the musical world of acclaimed writer Ralph Ellison (2019).

“The Village has without doubt been central to the development and culture of so much great adventurous music, art, theater, film, dance, literature, journalism, and more for over a hundred years,” said Kapilian. “The Village Trip is a wonderful debut showcase celebration of the ongoing neighborhood legacies, and I’m delighted to play a part in helping to create a kick-off live concert in Washington Square Park on September 29th.”

Liz Thomson, Co-founder and Executive Producer of The Village Trip said: “It’s very exciting to have someone of Danny Kapilian’s vision and experience working his magic in Washington Square Park. He has staged concerts in places whose very names are touchstones in the history of music. Greenwich Village is another such place, for in the clubs and bars around Washington Square so many careers were born. Bringing It All Back Home to Washington Square is a celebration that is long overdue.”