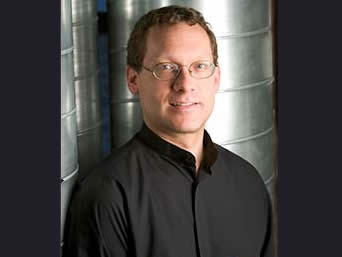 Daniel Panner enjoys a varied career as a performer and teacher. As violist of the Mendelssohn String Quartet, he concertized extensively throughout the United States and Israel. He has performed at numerous music festivals, including Marlboro, Ravinia, Tanglewood and Aspen, and he has collaborated with members of the Cleveland, Emerson, Guarneri, and Juilliard String Quartets. As a member of the Whitman String Quartet, Mr. Panner received the 1998 Walter W Naumburg Chamber Music Award and served as teaching assistant to the Juilliard String Quartet for two years.

Panner is co-chair of the string department of the Mannes College of Music, where he also teaches viola and chamber music. He has also taught at the Juilliard School, Rutgers University, SUNY Stonybrook, Queens College, and the Jerusalem Music Center Summer Courses, and he has given master classes at such schools as Peabody, Hartt and the North Carolina School of the Arts. He has performed with the Chamber Music Society of Lincoln Center, the Metropolitan Opera Orchestra, the New York Philharmonic, and the Orchestra of St Lukes; he has also toured with Musicians from Marlboro and the Orpheus Chamber Orchestra. As a guest artist, he has performed with the Juilliard String Quartet, the St Lawrence String Quartet, the Daedelus String Quartet, the Flux String Quartet, and the Moscow Conservatory Trio.

Panner has been heard on National Public Radio’s “Performance Today,” both as soloist and chamber musician. He has served as the principal violist of such orchestras as the New York City Opera and the Mostly Mozart Festival Orchestra. An active performer of new music, he is a member of Sequitur and the Locrian Ensemble and has performed as guest with such new-music groups as Speculum Musicae, the Da Capo Chamber Players, and Transit Circle; he has recorded solo viola works by Thea Musgrave and Victoria Bond, both for Albany Records.

Daniel Panner studied with Jesse Levine at Yale University, where he earned a bachelor’s degree in history. He continued his studies at the Curtis Institute of Music with Joseph de Pasquale and the Juilliard School with Samuel Rhodes.