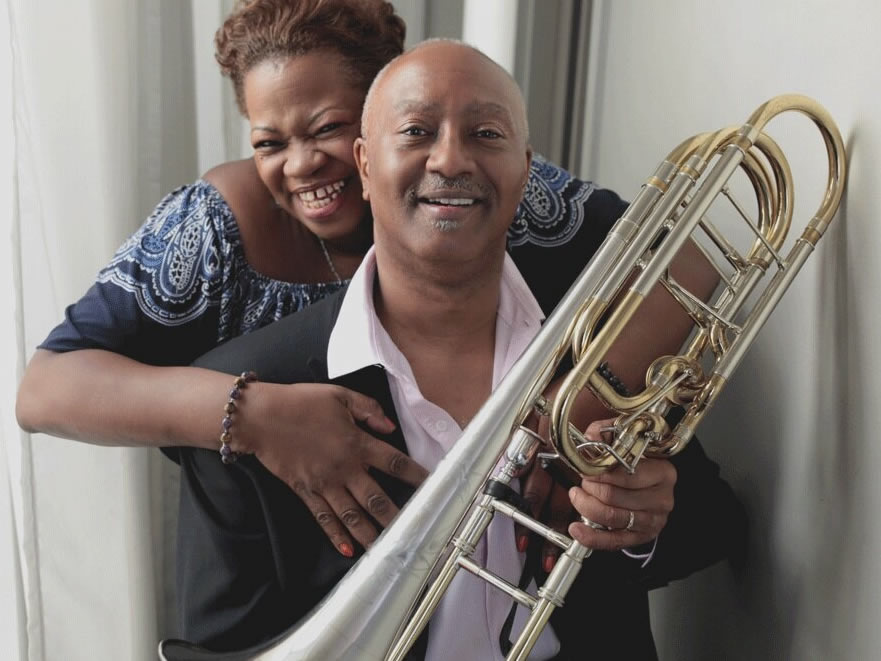 Comparable to Ernestine Anderson, Marlena Shaw, and Dee Dee Bridgewater, Renee Manning is a gutsy, soulful, jazz vocalist who has blues and R&B leanings. On up-tempo material and jazz blues numbers, the native New Yorker can be brassy, aggressive, gritty and hard-swinging. But she has no problem being sensitive and introspective on ballads. In fact, those who listen closely to Manning’s ballad performances may, at times, hear traces of Billie Holiday in her phrasing. But Manning definitely has a bigger voice, and overall, she is a much more robust type of singer than Lady Day – if Manning was a tenor saxophonist, she would be closer to Houston Person or Eddie “Lockjaw” Davis than Stan Getz. And were she a male vocalist, Manning would be compared to Joe Williams or Kevin Mahogany more than Chet Baker. Although she is bop-oriented and has been influenced by Carmen McRae and Ella Fitzgerald, not all of her influences are bop influences. Holiday, of course, came out of jazz’s pre-bop era, and Manning occasionally shows an awareness of jazz-influenced classic blues singers like Bessie Smith, Ida Cox, and Ma Rainey.

Born and raised in Brooklyn, Manning attended New York’s Music & Art High School as a teenager and in the ’70s went on to be employed on albums by hard bop/soul-jazz players like tenor saxman David “Fathead” Newman and the late cornetist Nat Adderley (Cannonball Adderley’s brother). Manning’s most visible association, however, came in the ’80s, when she started a five-year gig as a featured vocalist for the Mel Lewis Jazz Orchestra. In 1991, Manning recorded her first solo album, As Is, for Ken Music, a small independent jazz label based in New York. Subsequently, Ken released her second album, Uhm…Uhm…Uhmmmm, which contained recordings from 1986, 1989, and 1991.