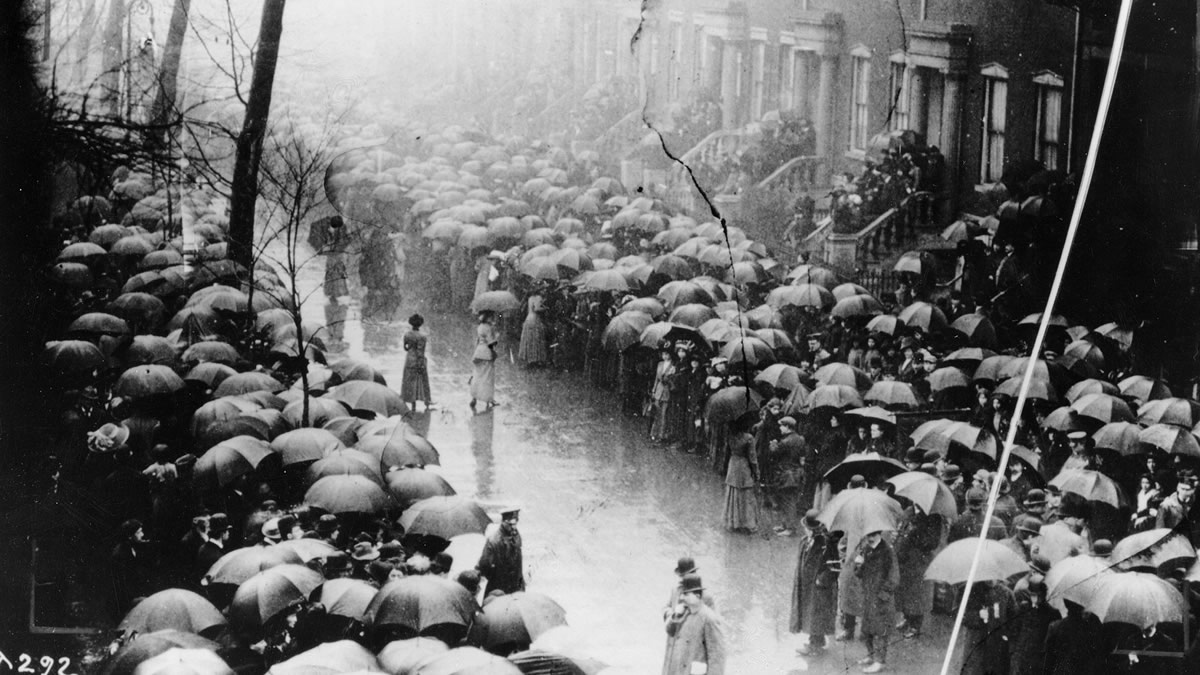 Photo: Mourners line the streets during a funeral procession for victims of the Triangle fire, April 5, 1911

On Saturday, March 25, 1911, at the end of the work day, a fire began on the 8th floor of the Triangle Garment Factory. Within thirty minutes,146 of the 500 workers laboring on floors eight, nine, and ten would die. Most were young immigrant women. The tragedy provoked outrage, union movement building, and led to political reform in New York and states around the country, eventually influencing Franklin Roosevelt’s New Deal legislation of the 1930s.

Daniel Katz will lead a tour beginning at Cooper Union at Astor Place, proceeding to the NYU Brown building on Washington Place, the site of the fire, and up to Union Square, where the social justice legacy of the fire continued for a century. A portion of every ticket sold will go toward building the Triangle Fire memorial now under construction at the site of the fire.