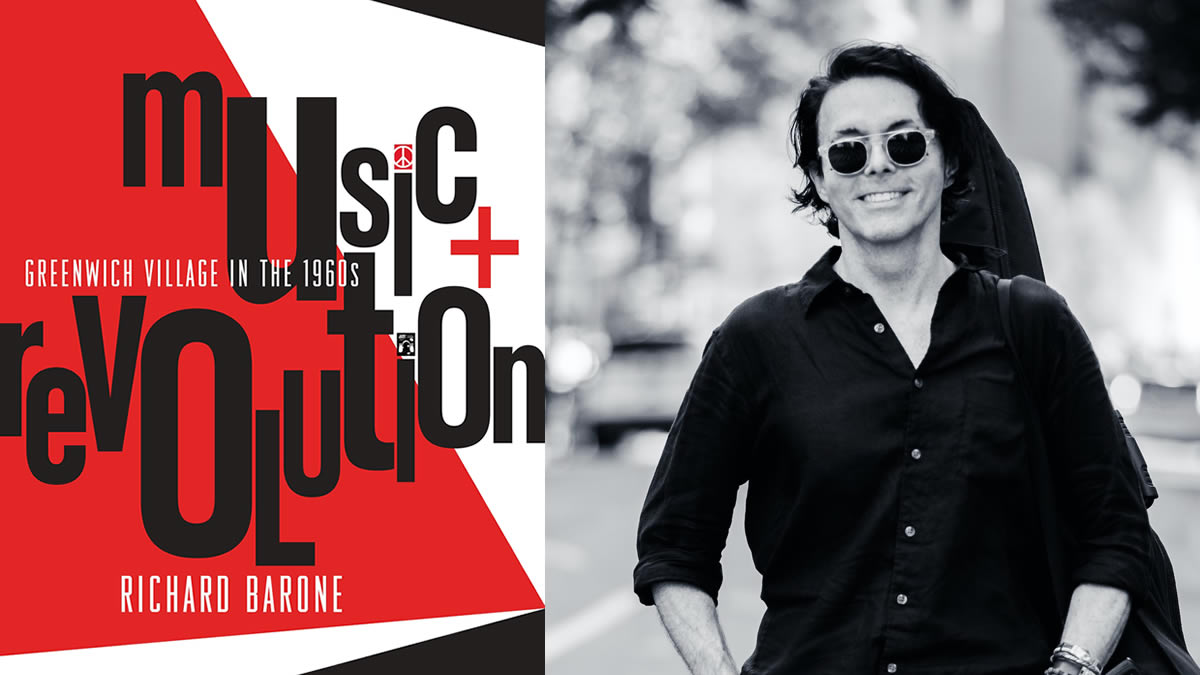 Richard Barone talks to fellow author and Village Trip founder Liz Thomson about his new book, Music + Revolution: Greenwich Village in the 1960s, a freewheeling historical narrative, peppered with personal stories and insights from those who were there.

And what better place to do it than at the historic Washington Square Hotel, the heart and soul of Greenwich Village hospitality for 120 years. Its guest register has included such musical luminaries as Bob Dylan and Joan Baez, Roger McGuinn and John Phillips who, one winters day in 1965, wrote “California Dreamin’” while staying at what was then the Hotel Earle.

Even before the Beatnik Riots of 1961, New York City’s Greenwich Village had been the epicenter of revolutionary developments in American music and culture. But the 1960s were a time of particular turbulence and creative ferment, as a new wave of writers and performers, inspired by the folk music revival of the 1950s, created socially aware and deeply personal songs that spoke to a generation like never before. Message and music became one and mirrored society.

Greenwich Village is not only the stomping ground of songwriter Richard Barone but also his creative muse. His account Music + Revolution on the Village folk scene in the 1960s is a lovely companion to his album Sorrows and Promises, providing us sketches of memorable characters and giving us insight into the sights and sounds of the famed Manhattan neighborhood” — Stephen Petrus, co-author of Folk City:  New York and the American Folk Music Revival

Tickets: $25 including glass of wine, beer or soft drink