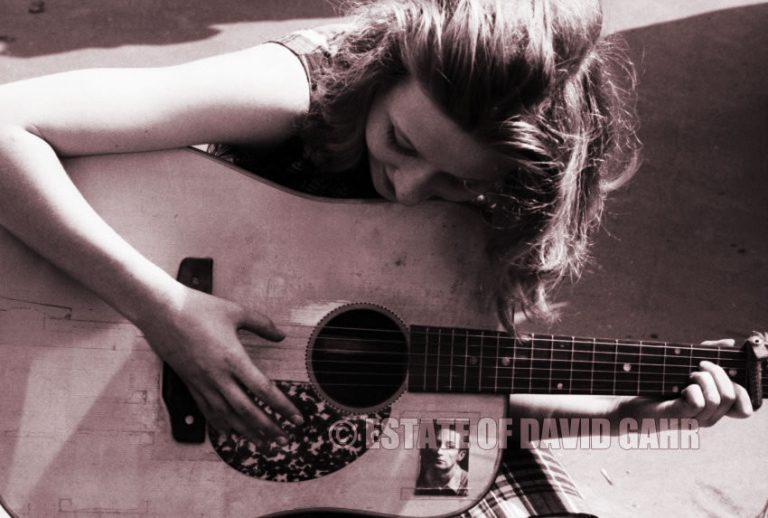 A new festival will celebrate Greenwich Village as the historic forge in which much of 20th century American culture was hammered out. Taking place over the last four days of
September and based out of the fabled Washington Square Hotel, the inaugural Village Trip will honor the lives and work of Edna St Vincent Millay, Jack Kerouac and Eugene O’Neill, all of whom spent their formative years in the Village, and the work of photographer David Gahr.

It will also celebrate the legendary Village jazz heritage with two events in partnership with the New School: a concert at the Stiefel Hall by Billy Harper, Joanne Brackeen, Vic Juris and Dave Douglas, and a post-concert Jazz Jam at the Washington Square Hotel’s North Square Lounge featuring students from the School of Jazz sitting in with multi-instrumentalist and composer David Amram, who has worked with Leonard Bernstein, Joseph Papp, Charles Mingus and Hunter S Thompson, among others, and whose film scores include The Manchurian Candidate.

Amram, who is The Village Trip Artist-in-Residence, has worked in Greenwich Village since the 1940s, and created Jazz/Poetry with Jack Kerouac. He will perform Kerouac’s Blues in the Afternoon at the Jefferson Market Library, where Kenneth Radnofsky and Yoshiko Kline will give the world premiere performance for saxophone and piano of Amram’s Greenwich Village Portraits – three movements dedicated to his late Village friends Arthur Miller, Odetta and Frank McCourt.

Suzanne Vega, whose career began in Village clubs and coffeehouses more than 30 years ago, headlines a free concert in Washington Square Park. Bringing It All Back Home to Washington Square will honor the musical heritage of the Village, whose siren call drew a student dropout from the University of Minnesota whom the world would come to know as Bob Dylan. Says Vega: “ I am happy to be doing this show in Greenwich Village, where I spent a lot of time in the eighties. I first ventured down to Folk City afraid to cross the threshold because I knew Bob Dylan had started there. But I was thrilled to be accepted by the gang of poetic songwriters I found. And it’s always good to be back.”

On the bill with Vega are VickiKristinaBarcelona and Martha Redbone, who says: “ I’m thrilled to be in the company of wonderful artists participating in this event. I spent my teenage years hanging out in Washington Square Park in the eighties. Though it wasn’t in its heyday, there were many remnants of the times before, and the spirit of Dylan, Joan Baez, Peter LaFarge, Pete Seeger, David Amram and many more permeate the downtown NYC area, leaving an aura of radical thought, freedom of expression and vibrant music echoing every decade that followed.”

A celebration of the New York folk revival closes the festival, with a concert at the storied Bitter End featuring Tom Chapin and the Chapin Sisters, Happy Traum, David Massengill and Diana Jones among others. The evening – dedicated to the memory of Robert Shelton, the New York Times critic who chronicled the 1960s music scene – will end with a hootenanny.

David Amram, who as Artist-in-Residence will “add spice wherever it is needed”, enthuses: “I also hope to make everyone participating (and those who come to look and listen) feel at home and get a glimpse of the rich ongoing spirit of this unique community. My forty years as a resident of the Village continue to be a gift for everything I am doing today. I hope everyone can come and bring their families. I am sure that many young people will feel inspired to pursue their dreams in life by being in such a special place.”

The Village Trip has the support of the local community, with more than a dozen downtown partners, including civic and business organisations and the New School.

Dean Richard Kessler of The College of Performing Arts, The New School, an early supporter, comments: “Our students are participating in an event that exemplifies The New School’s one hundred-year anniversary of being located here in Greenwich Village.”

William Kelley, Executive Director of The Village Alliance, says: “Greenwich Village has been the birthplace and epicenter of many cultural and social movements. Today it remains a melting pot of vibrant cultural venues and thriving eclectic businesses. The Village Alliance is proud to support The Village Trip festival and its mission of keeping the Village’s cultural legacy alive by presenting its musical and literary history to modern-day audiences.”

The festival was conceived by Liz Thomson, a London-based journalist attracted by the music, even as a child, who has spent much of the last twenty years visiting the Village, always staying at the Washington Square Hotel which – since 1902 when it opened its doors as the Hotel Earle – has been at the heart of Village hospitality. Countless writers have stayed, among them Ernest Hemingway, P G Wodehouse, Maeve Brennan and Patricia Highsmith, who used it for afternoon trysts. In the 1960s, it was a favorite with musicians: Bob Dylan lived there for $19 a week in 1961-2, joined occasionally by Joan Baez, whose classic song “Diamonds and Rust” is a bittersweet recollection of the affair that began there. On a winter’s day in 1965, John Phillips – freezing in his California hippie clothes – wrote “California Dreamin’” in one of its rooms. More recently, Norah Jones waited tables and sang a gig or two in the Hotel’s North Square Lounge before setting forth on other adventures.

“The salons and saloons on so many crooked Village streets drew men and women whose
names now read as a roll-call of shape-shifters and history-makers in many different spheres of life – art, literature, drama, music and social politics,” explains Thomson. “Greenwich Village was the forge in which 20th century culture was hammered out. To walk its fabled streets is to walk through history – a history that must be treasured and celebrated, which is what The Village Trip is all about. Much has flowered in Greenwich Village. Now is the time to celebrate the infinite variety of it all.”

View the program of events and book tickets